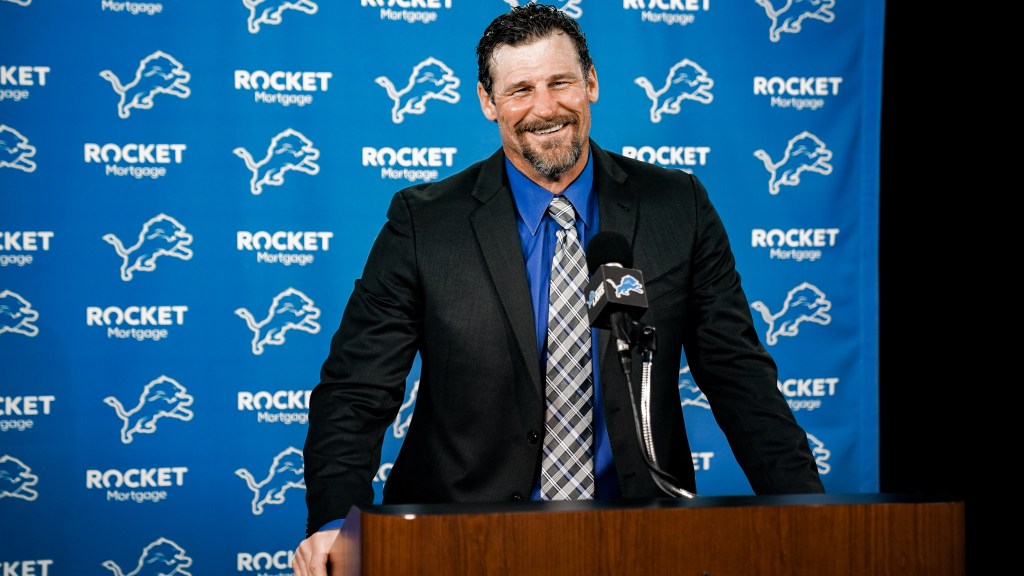 Reflecting on the first anniversary of Dan Campbell’s press conference

A year ago today was one of the most memorable in recent Detroit Lions history. On January 21, 2021, the Lions introduced Dan Campbell as their new head coach.

During his introductory press conference, Campbell introduced himself to the world with an epic, bombastic, intense, and at times violent performance that echoed across the sports world. Campbell kicked off the “biting kneecaps” memes that still dominate the Lions landscape.

Reactions to the stunning display of emotional intensity and honesty were all over the proverbial map.

Here is what we wrote immediately afterwards,

Dan Campbell’s introductory press conference will go down in history as one of the most epic coaching introductions in NFL history. Campbell gave an impassioned 20-minute opening statement, followed by another 45 minutes of overwhelmingly enthusiastic responses that often strayed from the questions posed.

A year later, we learned that Campbell’s first impression was largely true. He is still an emotional, passionate, and poignant teacher and leader with an understated sense of Xs and O’s that belies the appearance of “bad guy.” The ability to be Dan Campbell and be comfortable being himself is one of the coach’s best qualities, and it has resonated with the players and (most) fans.

Here’s a throwback to the memorable presser: