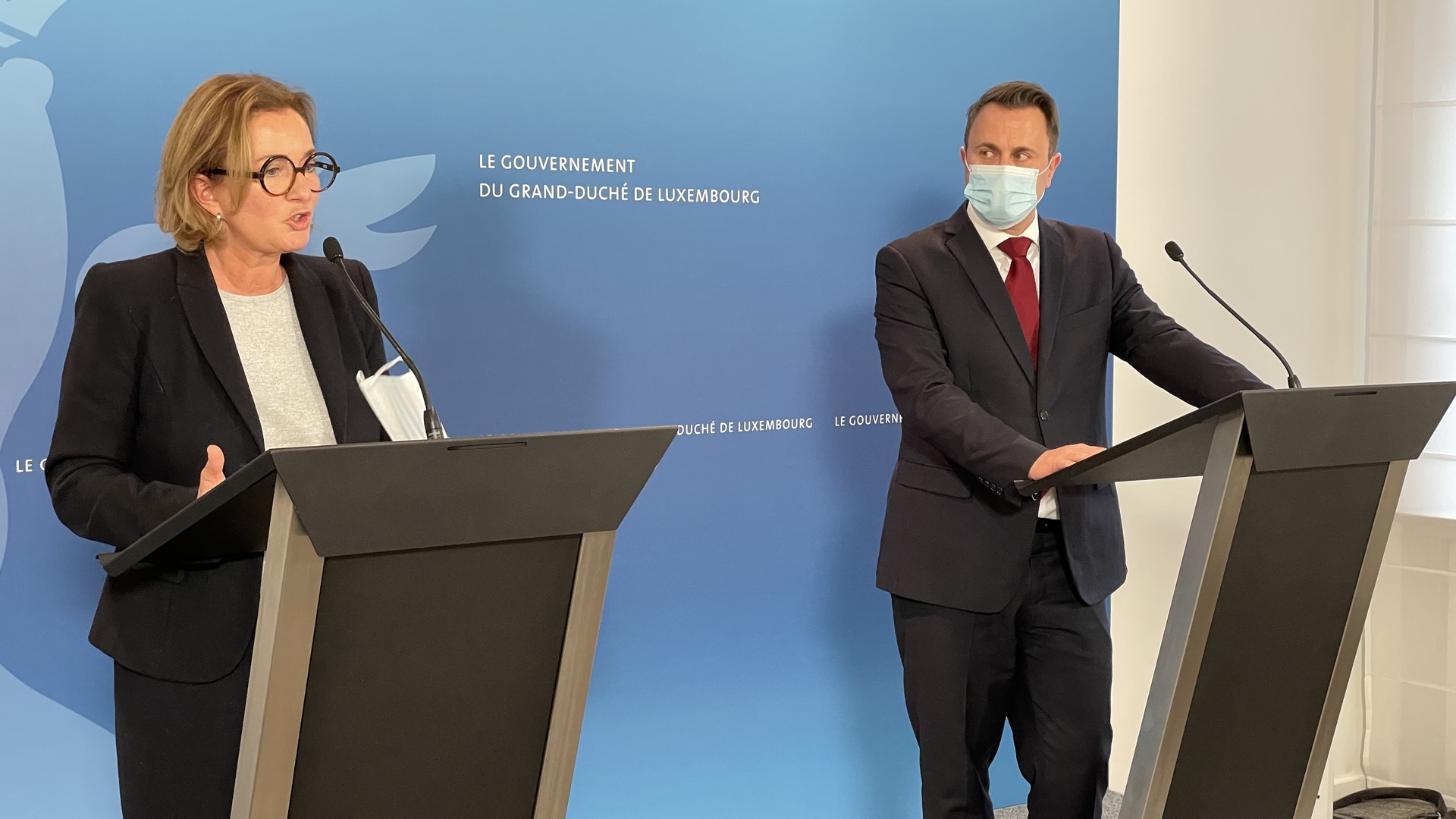 Xavier Bettel and Paulette Lenert spoke to the media on Friday afternoon, confirming the decision of the council of government to lift certain Covid restrictions.

The Horesca sector will no longer have to observe a curfew at 11 p.m., while the 2G CovidCheck regime will be replaced by 3G in restaurants and bistros. Restrictions for private gatherings will also be removed. However, the 3G+ system will remain in hospitals and retirement homes until further notice.

The Prime Minister stressed that it was always important to test yourself regularly, especially before rallies. Events with up to 2,000 guests will again be permitted under CovidCheck rules, while a larger gathering could take place provided it is cleared by the Department of Health.

Luxembourg hospitals are currently showing a stable rate of hospitalizations, while the number of intensive care patients has fallen – all positive signs, according to Minister of Health Paulette Lenert.

The Department of Education will reveal any changes to the Covid plan for schools in due course, in light of the above.

CovidCheck at work
Unions and government agreed to keep CovidCheck in the workplace; however, it will now be optional. Businesses that do not want to implement CovidCheck, or those that cannot, will need to maintain social distancing and implement mandatory face coverings.

Employees who have received a dose of the vaccine will be eligible for free daily testing until February 28. Beyond this date, they will receive one voucher per week for a free test.

Vaccination remains the main way out of the crisis, the two ministers said. Paulette Lenert said an unvaccinated person was 19 times more likely to end up in intensive care, according to recent data. The virus is also twice as likely to circulate among unvaccinated members of the population.

Luxembourg will receive its first delivery of the Novavax jab on February 21, with another delivery expected in March. Lenert said the Higher Council for Infectious Diseases has not yet given its full opinion on the new vaccine, but it is believed to be dispersed to the three permanent vaccination centers.

The Chamber will vote on the revised Covid law next Friday.

How local communities can tackle the climate crisis