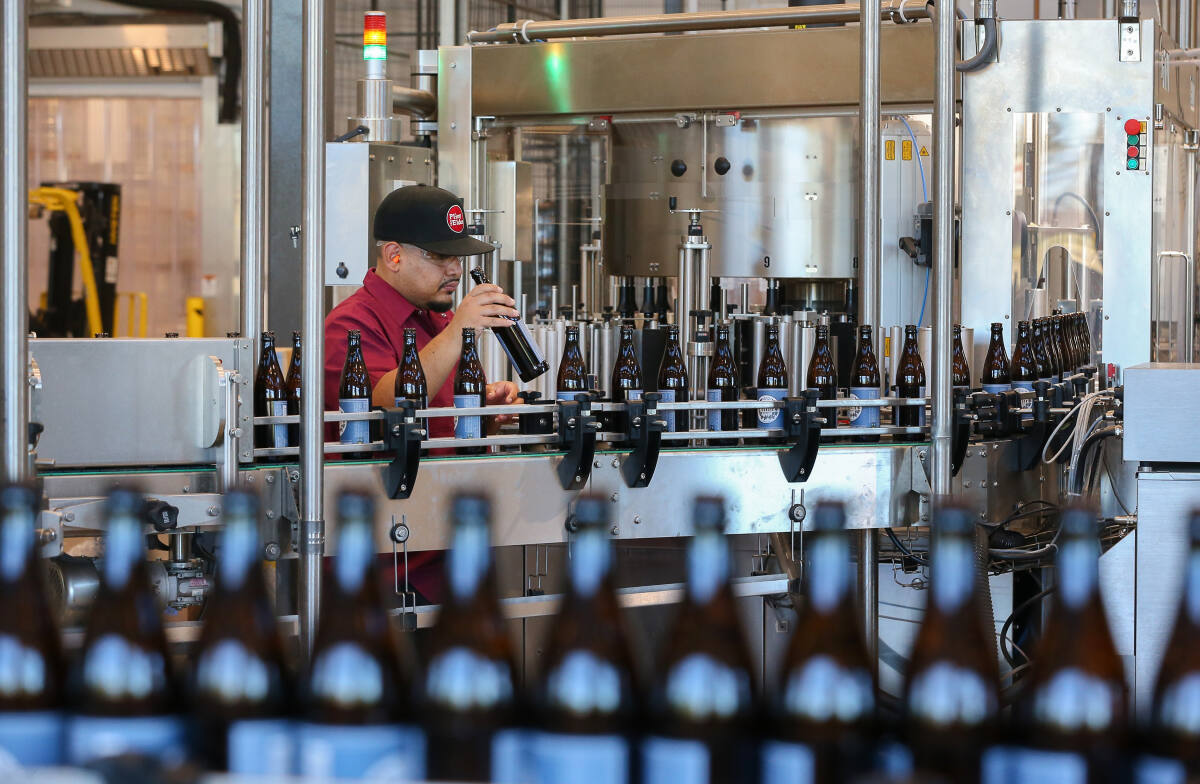 Beer lovers across the country and beyond will return to Sonoma County on Friday for the launch of Russian River Brewing Co’s Pliny the Younger beer release.

This time, after a year-long pandemic hiatus, they will line up under sunny spring skies after the brewery’s decision to postpone the February release due to local public health orders.

For the past 18 years, the event has drawn as many as 25,000 people a year during its two weeks at Russian River Co. breweries in downtown Santa Rosa and Windsor. It was canceled in 2021 following the pandemic, and the brewery had a limited online sale last year for customers.

This year it was delayed for seven weeks due to the omicron surge.

“We always say there are two things we can’t control, the weather and the crowds that may show up,” said Natalie Cilurzo, co-owner of Russian River Brewing Co. with her husband, Vinnie, who also serves of his master brewer.

The new date is expected to attract even larger crowds in much milder weather to sample Pliny the Younger, a triple India Pale Ale (IPA) considered one of the best beers in the world. With an alcohol content of 10.25% per serving, it packs a punch. A 10 ounce pour will cost $6.25.

Even without the Pliny event in February, local breweries reported large crowds drawn by sunny weekend weather and other nearby beer events associated with San Francisco Beer Week. Wineries are also reporting an increase in visitor numbers.

“People come back on weekends. Our tasting room terrace is full,” said John Balletto, founder and owner of Balletto Vineyards in Santa Rosa.

The Flamingo Resort had 51 nights booked by visitors to Pliny the Younger, Michael Palmer, general manager of the downtown Santa Rosa hotel, said in an email.

“It’s safe to say that with the release of Pliny the Younger, both Santa Rosa and Windsor breweries will be extremely busy on these dates,” Palmer added.

The event also boosts the local economy. In 2020, Pliny customers generated a record $5.1 million in economic activity in the region through the purchase of hotel rooms and visits to other breweries and restaurants, according to Sonoma County Economic. Development Board. In 2019, the local tourism industry accounted for $2.2 billion in total visitor spending, according to a study by Dean Runyan Associates, a research firm in Portland, Oregon.

The only change from previous years will be that customers will now have a two-and-a-half-hour limit on table service, up from three hours in previous years, Cilurzo said.

“The reason is that we want to have a bit more time to clear the table before the next guests arrive. We also want to move the line forward,” she said.

Typically, Vinnie Cilurzo changes the formula every year that brings out the subtle nuances of Pliny the Younger while still staying true to the hoppy, balanced mouthfeel of the beer. The 2022 edition is based on last year’s formula which features a blend of various hops, including a French one called Elixir, which added berry notes to the beer. Customers will also be able to purchase up to two bottles of Pliny the Younger for $12 each.

“We didn’t have the in-person outing (last year) and the beer was so good, so we thought why spoil it,” she said of the recipe.

Total production for the in-person release is approximately 320 barrels of beer, which equals 9,920 gallons, which will be split between draft and bottles for both breweries.

As per custom, the brewery will offer other specialty beers, including a strong, hoppy golden beer, based on a recipe from the Pravda brewery in Lviv, Ukraine, and a new take on Defenestration, an IPA fermented with yeast from season. Both go on sale April 1 at $8 a can, with all proceeds going to relief efforts in Ukraine.

The brewery is also launching a pack of four beers based on recipes from the late 1990s, when Russian River was located at Korbel Champagne Cellars in Guerneville. The package consists of a pale ale, a golden ale, an IPA and a porter for $17.

You can reach editor Bill Swindell at 707-521-5223 or bill.swindell@pressdemocrat.com. On Twitter @BillSwindell.