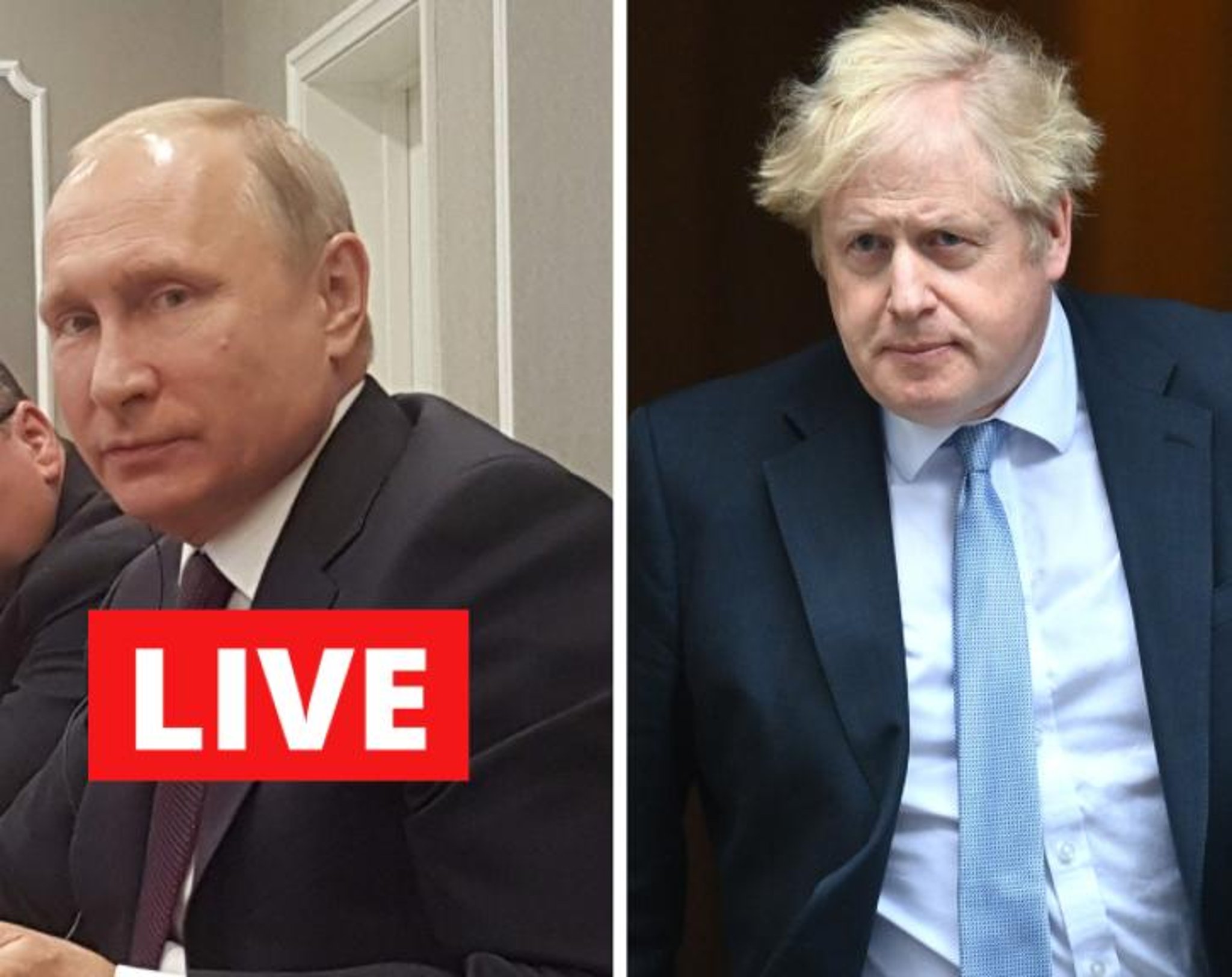 Russian-Ukrainian crisis: Boris Johnson warns that Vladimir Putin is determined for a “full-scale invasion of Ukraine”

The Prime Minister said Russian President Vladimir Putin had “completely torn up international law” by his actions in Ukraine and that there would now be an “immediate set of economic sanctions”.

He added: “I am afraid that all the evidence shows that President Putin is indeed determined for a full-scale invasion of Ukraine, the invasion, the subjugation of an independent and sovereign European country and I think, let’s be absolutely clear, that would be absolutely catastrophic.

Register to our daily newsletter

The newsletter mute the noise

Russian President Vladimir Putin has sent troops to two rebel-held regions in eastern Ukraine, after recognizing them as independent states.

Hungarian airline Wizz Air said it would continue to operate flights between the UK and Ukraine.

He said in a statement: “Wizz Air continues to closely monitor the situation in Ukraine.

“Currently, we have not made any changes to our schedule and all our flights to/from Ukraine continue to operate as normal.

“All passengers who have booked flights to and from Ukraine are advised to check their mailboxes regularly for information on booked flights.”

So what prompted the latest sanctions?

He also said he recognized Luhansk and Donetsk as independent parts of Ukraine, adding fuel to a Russian-backed armed rebellion in eastern Ukraine over the past eight years.

Footage released overnight appeared to show Russian military vehicles heading towards the Ukrainian border, with Putin saying he had ordered troops into two rebel-held areas in eastern Ukraine and that they ensure the “keeping of peace” in the separatist region.

The Prime Minister said: “In the UK we have been able to reduce our reliance on Russian gas very significantly.

“Only 3% of our gas supplies now come from Russia.”

He added: “The sooner this country can be self-sufficient on its own energy, the more prosperous we will be, but also, of course, the more sustainable our energy prices will be, and that will benefit the UK consumer.”

Boris Johnson has said there was a failure to stand up to Russia in 2014 when it annexed Crimea.

“We have to recognize that we weren’t tough enough and that ultimately we didn’t do enough, as Europeans, to wean ourselves off Russian hydrocarbons, Russian oil and gas,” he said. said the prime minister.

The volatility of gas prices in Europe was a “consequence of this failure”, he said.

“We have to make sure that we cut the umbilicus, we cut the drip into our bloodstream from Nord Stream.

The Prime Minister added that Russian President Vladimir Putin had “seriously miscalculated” the situation, saying: “‘He thinks that Ukraine has no real right to exist as a sovereign and independent country.’

Speaking after a meeting of the Cobra emergency committee, the Prime Minister said: ‘They will hit Russia very hard and we are going to do a lot more if there is an invasion.

“Have no doubt that if Russian companies are prevented from raising capital in UK financial markets, if we take the facade of Russian ownership away from companies, from ownership, it will start to hurt.”

Boris Johnson said Britain’s ‘first barrage of economic sanctions on Russia’ would be revealed today as he warned Vladimir Putin was determined for ‘a full-scale invasion of Ukraine’.

After arranging an emergency Cobra meeting, the Prime Minister said: ‘This is where I should highlight just the first barrage of UK economic sanctions against Russia because we expect I fear there will be have more irrational Russian behavior to come.

“I’m afraid that all the evidence shows that President Putin is indeed determined for a full-scale invasion of Ukraine, the invasion, the subjugation of an independent and sovereign European country and I think, let’s be absolutely clear, that it will be absolutely catastrophic.”

Hello and welcome to our live blog bringing you the latest updates on the ongoing crisis in Ukraine as the UK announces international sanctions against Russia.