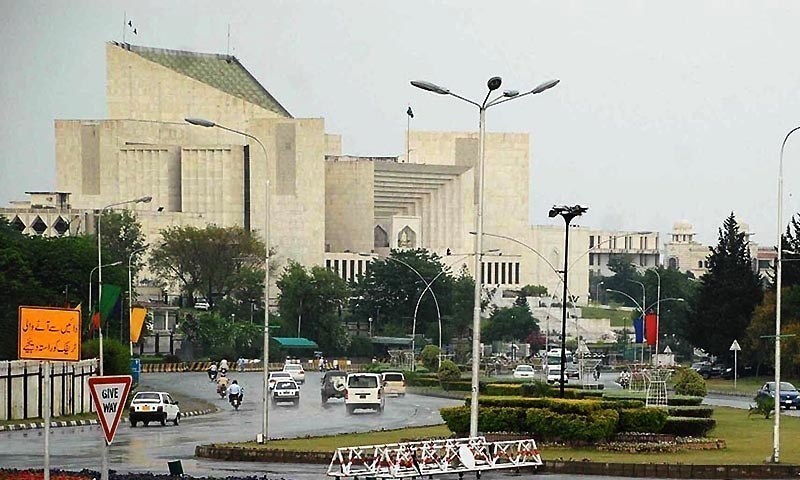 ISLAMABAD: The Supreme Court has decided to serve a formal notice on all State officials to make them understand that the Court is monitoring them and to ask each of them why the constitutional obligation to guarantee freedom of expression and press is not filled.

At the start of a hearing on Monday, the instigators of a petition related to the harassment of journalists, however, withdrew their plea, even though Judge Muneeb Akhtar had observed that the court had taken cognizance by invoking its suo motu jurisdiction and would continue to hear the question even though the courtroom was empty because it concerned the fundamental rights of journalists.

The sighting came as notices were being sent to the Director General of the Federal Investigation Agency (FIA), the Chairman of Pakistan’s Electronic Media Regulatory Authority and the Inspector General of Police of Pakistan. Islamabad to appear in person at the next hearing (September 15) to address the apprehensions expressed in the request submitted by the Supreme Court Press Association (PAS).

The court office was also instructed to provide a full report on the scope of proceedings in a similar case regarding the violation of fundamental rights in the Islamabad High Court along with a copy of the petition that the High Court was hearing .

Judge Qazi Mohammad Amin Ahmed, meanwhile, observed that, like judges, journalists were required not to indulge in politics and to continue to exercise their profession with decency and morality and without ax to grind.

Earlier, senior journalist Abdul Qayyum Siddiqui told the court he wanted to withdraw his claim, saying the victims would get justice on the day of judgment against those who wronged them and the predators would be punished by the Almighty. Allah.

“I withdraw (the request) because the events of the past week, August 20-26, were tragic in the judicial history of the country,” Mr Siddiqui said.

The court, however, told him to file a claim in court.

Similarly, senior journalist Amir Mir of Lahore, in a one-page takedown request, wrote that he had reason to believe he would not be able to obtain justice because the “invisible” elements who used the FIA ​​Cyber ​​Crime Wing to intimidate, harass and abduct/arrest over the past two years were more powerful than those who were supposed to deliver justice and protect the basic rights of Pakistani citizens.

However, Judge Ijazul Ahsan said it was immaterial that the petitioners withdrew their claim because the court became aware of the situation after the case was raised by the Chief Justice.

“The court will welcome petitioners’ contributions and if they do not (give contributions), the court will still call state officials to explain why the fundamental rights of citizens and journalists as guaranteed by the Constitution are flouted.

“If the petitioners do not want to be associated with the proceedings, it is their choice since it is a free country and they have the freedom to apply or not to the court”, observed the Judge Ahsan.

However, the court clarified that the case had been brought before the court, which invoked suo motu jurisdiction and being an inquisitorial proceeding in nature, the court wished to take steps for the protection of the rights of journalists.

Justice Ahsan stressed that the media and journalists are the voice and conscience of the nation and that “when you approach the court, being the guardians of the protection of the Constitution, the court will be the first to ensure that journalists get the protection they deserve”.

“Freedom of the press, freedom of profession, personal security and safeguards against detention had been considered by the framers of the Constitution who provided assurances in the Green Book against these excesses,” he said. observed, adding that the court would also like to examine the contours of Article 184, paragraph 3, of the Constitution.

Judge Akhtar said that Article 19 treats journalists preferentially by guaranteeing that there would not only be freedom of expression but also freedom of the press.

He also expressed surprise that on August 20 the appellants rushed out of court and when the case came up they now want to back off. He observed that the Constitution had spoken of rights through articles 8, 18, 19, etc., and the court would like to make sense of this superstructure also adding that the court did not want to broaden the spectrum by constantly hearing the case. .