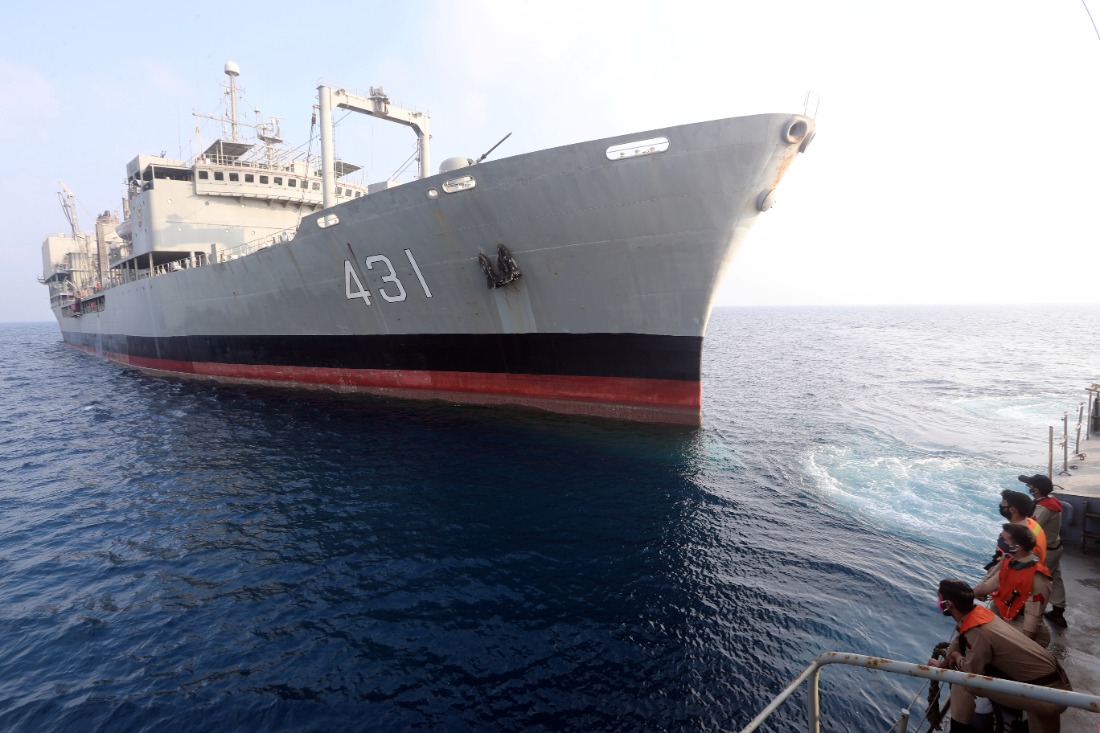 Solving the crisis in Syria begins with sanctioning Iranian oil

Iran has been openly to supply the regime of Bashar al-Assad in Syria and the Lebanese terrorist group designated by the United States Hezbollah with millions of dollars of oil. The Biden administration has chosen to turn a blind eye, even though the Tehran shipments are a flagrant violation of both U.S. sanctions and the administration’s stated policy of finding a solution consistent with the UN Security Council resolution. United Nations. 2254 (UNSCR 2254), which calls for a Syrian-led process that would create a permanent, peaceful and political end to the conflict. To achieve this and keep Assad away from Iran, Biden would have to impose Syria-related sanctions on Iranian entities supplying oil to Damascus.

In October, Secretary of State Antony Blinken reaffirmed the administration’s commitment to obtain a political solution in Syria in accordance with UNSC 2254. He said that the administration has not “lifted a single sanction against Syria nor changed our position to oppose the reconstruction of Syria until there is irreversible progress towards a political solution, which we believe is necessary and vital.

The problem with Blinken’s statement is that the administration claims to have one policy but apparently implements another. Rather than putting Assad in the dilemma of choosing a political settlement under UNSCR 2254 or relying on Iran, Biden’s team is calmly green light the diplomatic rehabilitation of the Syrian dictator without harsh incentives.

Nowhere is this more apparent than in the refusal of the Biden administration to sanction the main financiers of the Assad regime. From February to December 2020, the previous administration appointed more than 100 Syrian officials and their facilitators, including high-level financiers such as Samer foz, Hussam Qaterji, Yasser Ibrahim, and Mohammed masouti. This effort stopped as soon as Biden took office. the approval the participation of the regime in a regional energy agreement which advantage the Syrian government is also an indicator.

If the Biden administration is serious about a political solution in Syria consistent with UNSCR 2254, it must narrow Assad’s options, not broaden them. To this end, the administration should make full use of the Caesar Syrian Civil Protection Law (Caesar Law) and other US sanctions against the Syrian regime.

There is no better place to start than to target Iranian oil expeditions to Hezbollah via Syria ports. The Caesar Law sanctions are mandatory, so the White House has a legal obligation to impose them on anyone who knowingly provides significant material support to the Syrian government. Besides being legally indefensible, ignoring Iranian oil shipments to Syria removes a powerful incentive for Assad’s economically crippled regime to finally make significant concessions at the negotiating table.

The public evidence record is clear compared to the application penalties for the vessels involved, the sender of the oil and the organizations supplying it. the Iranian National Oil Company is wearing oil extracted and distributed by the Iranian National Oil Company in large scale. These entities should be designated for their conduct not only under Iranian authorities, but under Syria Where linked to Syria sanctions too. This would send a powerful message to the regime that continued reliance on Iranian energy comes at a cost.

Iran is sending fuel to Hezbollah because Lebanon is in the midst of a historic economic crisis that has led to a national energy shortage. The Biden administration said he wants to bring relief to Lebanon while showing that Iran is not a true friend of the Lebanese people. Sanctioning Lebanese imports of Iranian fuel via Syria would cut off a source of supply, encourage Lebanese imports from legitimate sources, and prevent Hezbollah from using the country’s energy crisis to its political advantage.

The application of sanctions on Iranian crude and finished products in Syria would be an important first step in depriving the regime of its energy lifeline and, combined with other measures, prompting it to make political concessions within the framework. of UN Security Council resolution 2254, including the constitutional committee, the release of detainees, and the holding of free and fair elections.

Rather than rehabilitating the Assad regime through willful neglect of its sanctions policy, the administration should step up economic pressure on Iranian facilitators of the Assad regime to regain some influence at the negotiating table.

Andrew J. Tabler, former senior adviser in the Bureau of Near Eastern Affairs at the US Department of State and director of the NSC Syria, is the Martin J. Gross Fellow of the Geduld Program on Arab Policy at the Washington Institute for Near East Policy.

Matthew Zweig, former senior adviser in the office of the US State Department’s Special Representative for Syria engagement and senior professional staff member of the House Foreign Affairs Committee, is a senior researcher at the Foundation for Defense of Democracies , a non-partisan think tank focused on security and foreign policy.