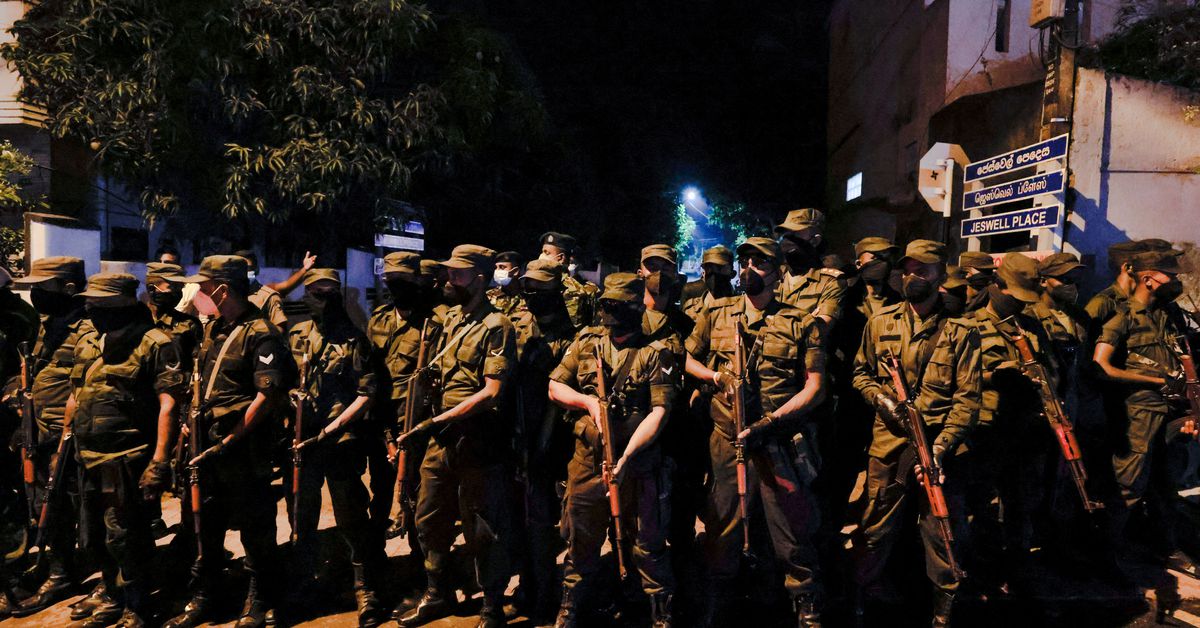 Hundreds of protesters gathered on Thursday night near the private residence of President Gotabaya Rajapaksa in a Colombo suburb and were dispersed by police using tear gas and water cannons, a Reuters witness said.

Amal Edirimanne, chief superintendent of police, said a curfew had been imposed on four police divisions in Colombo, the country’s commercial capital.

Protesters, some wearing motorcycle helmets, dismantled a wall and threw bricks at police, before setting fire to a bus on a road leading to the Gotabaya residence, the Reuters witness said.

The island of 22 million people experiences power outages for up to 13 hours a day because the government does not have enough foreign currency for fuel imports. Read more

The International Monetary Fund (IMF) will begin discussions with Sri Lankan authorities on a possible loan program in the coming days, a spokesman said on Thursday, as the government seeks a way out of the crisis. Read more

The government is turning off street lights to save electricity, Energy Minister Pavithra Wanniarachchi told reporters, as a continuing shortage of diesel fuel has led to more power cuts and halted trading on the main stock market.

Power cuts are adding to the pain of Sri Lankans already struggling with shortages of essentials and skyrocketing prices.

Retail price inflation hit 18.7% in March from the same period a year ago, the Statistics Department said on Thursday. Food inflation hit 30.2% in March, partly driven by a currency devaluation and last year’s ban on chemical fertilizers, which was later reversed.

Inflation was at its worst level in more than a decade, said Dimantha Mathew of First Capital Research.

A delivery of diesel under a $500 million line of credit from India was expected on Saturday, Wanniarachchi said, although she added that would not solve the problem.

“Once that happens we can reduce the hours of load shedding, but until we get rain, probably in May, the blackouts will have to continue,” she said.

“We can’t do anything else.”

Water levels in reservoirs supplying hydropower projects have fallen to record lows, while demand has soared during the hot, dry season, she said.

The Colombo Stock Exchange (CSE) has reduced daily trading to two hours from the usual four and a half hours due to power cuts for the rest of this week at the request of brokers, the exchange said in a statement.

But shares fell after the market opened on Thursday and the CSE halted trading for 30 minutes – the third time in two days – after an index tracking major companies fell more than 5%.

The crisis is the result of mistimed tax cuts and the impact of the coronavirus pandemic coupled with historically weak public finances, leading to a 70% drop in foreign exchange reserves over the past two years. Read more