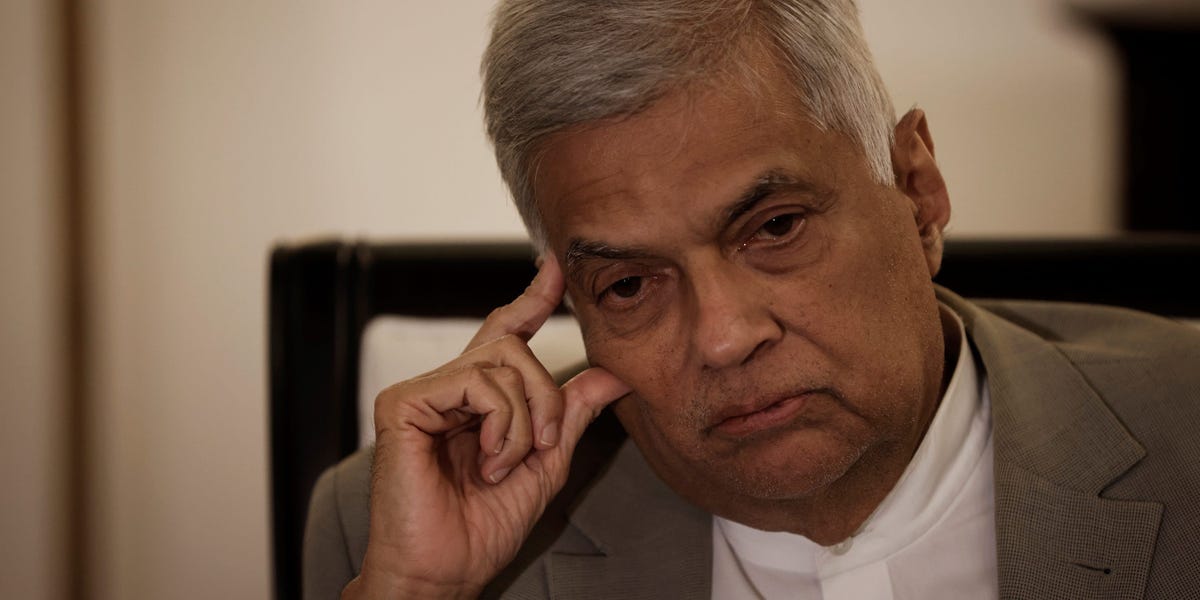 Sri Lanka says it is ‘bankrupt’ as financial crisis deepens

The economy began to falter at the end of 2020, which the government blamed on the pandemic, but an expert said it was mainly caused by political mismanagement and accumulate debts with China.

Sri Lanka defaulted on its debts for the first time in May. Since then, its foreign currency reserves have run out and Energy Minister Kanchana Wijesekera said Sunday he had less than a day remaining fuel.

In recent days, people have queued for hours trying to get petrol, while the price of basic foodstuffs has more than doubled.

The government has told everyone not working in essential services to work from home to save fuel and closed schools.

In an attempt to ease the suffering, Sri Lanka recently entered into negotiations with the International Monetary Fund to try to salvage what Wickremesinghe called its “collapsed” economy.

“We are now entering the negotiations as a bankrupt country,” he said, Reuters reported. “Therefore, we have to face a more difficult and complicated situation than the previous negotiations.”

Wickremesinghe said Sri Lanka was also in talks with India, Japan and China on forming an aid consortium that could step in if the IMF agrees to help Sri Lanka weather the crisis.

The United Nations Children’s Aid Group Unicef told the BBC that Sri Lanka was close to a humanitarian crisis.

Even before the current crisis, Unicef ​​said Sri Lanka had the second highest child malnutrition rate in South Asia, with two out of five infants not receiving the minimum acceptable diet.

Last month, he launched a appeal to raise $25 million to scale up its response and help 1.7 million vulnerable children in Sri Lanka.

The UK Foreign Office has warned against all but essential travel to the country due to the economic crisis.

Congressman Cohen calls for the release of Griner, Whelan and Kara-Murza