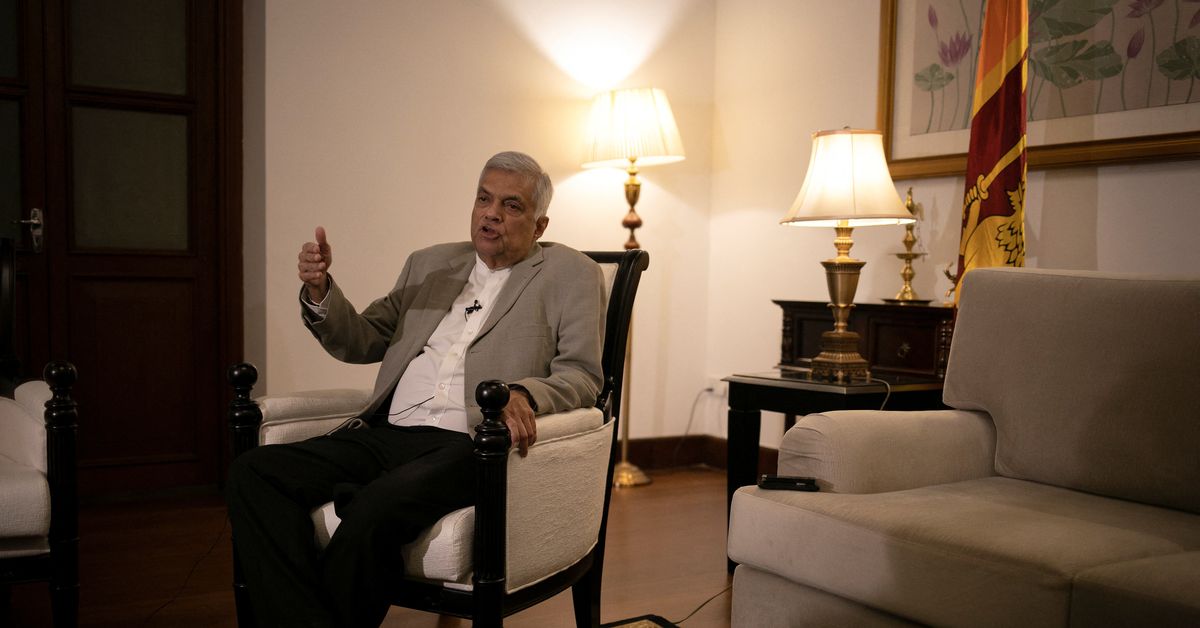 COLOMBO, May 29 (Reuters) – Sri Lankan Prime Minister Ranil Wickremesinghe said on Sunday his government was working to hold the president and cabinet accountable to parliament, after weeks of street protests sparked by the worst economic crisis that the country has known for decades.

Hit hard by the pandemic, rising oil prices and populist tax cuts, Sri Lanka is facing soaring inflation and shortages of fuel and other essentials, prompting the resignation of former Prime Minister Mahinda Rajapaksa and his cabinet this month.

Wickremesinghe said his government had proposed enacting laws to give more power to parliament, adding that more than a dozen independent committees would be created for parliamentary oversight and oversight of financial matters.

The proposal could take several weeks to be approved, as it must be accepted by the cabinet and the Supreme Court, after which the approval of parliament will be sought.

President Gotabaya Rajapaksa and his brother, Mahinda, reversed a series of electoral, police and financial reforms enacted by the previous government, months after taking power with a two-thirds majority in 2020.

Wickremesinghe, who took office more than two weeks ago, said inflation would rise as the government tackles the crisis and there could be more protests in the streets.

Critics say the political reforms proposed by Wickremesinghe fall short of expectations and fall short of key protesters’ demands, including the abolition of executive powers from the presidency.

“The proposal before Cabinet still gives a lot of power to the president. He will still be able to hold ministries, prorogue and dissolve parliament,” said Bhavani Fonseka, senior fellow at the Colombo-based Center for Policy Alternatives.

“While it brings some power sharing, it’s not enough,” Fonseka said.