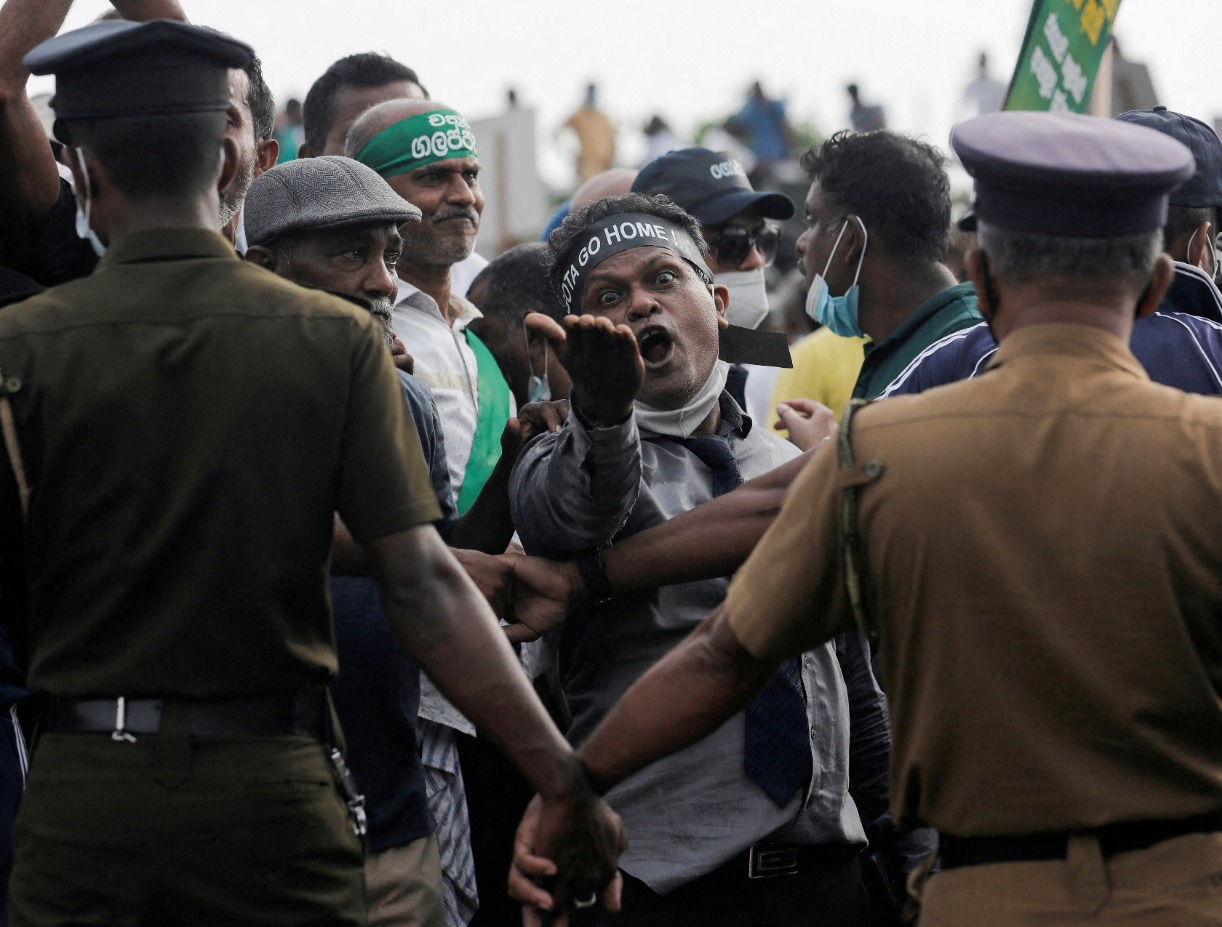 Sri Lanka is facing a major economic crisis as the country is cash-strapped and unable to finance its imports. The fact that the government had to cancel recent school exams because they could not afford to import paper illustrate the extent of the problem. However, this is not a surprise. At its peak, the pandemic brought the world to a screeching halt as countries imposed lockdowns and consumption, along with travel (and therefore tourism), fell to appallingly low levels. Unfortunately, with rising interest rates, record public debt and a glut of money in society, such examples will be repeated across the world.

Like any other crisis, the one in Sri Lanka did not happen overnight; there were signs all along. In September 2021, it was learned that revenue from the Sri Lankan tourism sector, which contributed 10% of the country’s GDP of $81 billion, fell to $2 million per month compared to $450 million two years ago, signaling a severe drop in government revenue. During the pandemic, in February, there were 2,000 containers in its port with goods that could not be cleared solely because $35 million was needed for customs clearance.

However, it started before that. In 2019, the government of Mahinda Rajapaksa took popular measures that reduced tax rates, as he had promised during his campaign. The value added tax was halved and the measure was also criticized by central bankers. Along with this measure, the pandemic has prompted Sri Lanka to impose widespread lockdowns and the tourism sector has taken a hit as travel has been halted globally. Economic growth had already slowed due to the 2017 droughts and terrorist activities such as Easter Sunday Attack. This, along with a reduction in tax rates and Covid-19, served as the perfect recipe for what has now become a balance of payments (BoP) crisis. In simple terms, this means that more money is leaving the country than is entering it.

Foreign exchange reserves, at the heart of this crisis, have fallen by 70% over the past two years and today is $2.36 billion from $7.5 billion. The country must pay $4 billion in debt service and other payments that are due in 2022, as early as July. Along with this, Foreign Direct Investment (FDI) also took a hit and fell to $548 million in 2020 from $1.6 billion in 2018. After the government cut taxes and problems economic ensued, rating agencies further downgraded the country’s profile in 2020. blocked its access to capital markets in order to raise funds, which compounded the problem.

Like everywhere else in the world, inflation is high at 15.1% while food inflation (which I wrote here) is at a staggering 26%. Rising food prices are directly linked to an increase in social unrest which leads to political instability. In Sri Lanka, two people died queuing for fuel, sparking protests across the country. Such developments are the absolute opposite of what current political leaders expected. One of the reasons the country refused to go to the International Monetary Fund was that mobilizing popular support to implement the Fund’s recipe can often lead to additional austerity which exacerbates the economic crisis, especially for the ordinary man. The Sri Lankan Rupee has fallen 30%, which will only contribute to the current inflationary pressures.

All of these developments are a direct result of Covid-19 and the shock it has given to the global economy. Global debt during the pandemic went to $226 billion affecting 256% of global GDP, an increase of 28% in one year. Emerging markets again dragged the number down to one A staggering $303 trillion in 2021 (with a debt/GDP ratio now of 351%). What is more alarming is that 80% of the increase in debt came from emerging markets. At the same time, foreign investor interest in emerging markets is at its lowest since 2009.

In this environment, an interest rate hike in the United States by the Federal Reserve means additional problems for the global economy, especially emerging markets and developing economies. All of these countries service their debt in dollars. Rising interest rates cause the dollar to appreciate against other currencies and, therefore, can put pressure on countries’ foreign exchange reserves. This leads to further weakening of the various currencies and the vicious cycle continues. Also, all products are valued in dollars. A rising dollar therefore makes it difficult for these countries to buy, for example, oil, wheat and copper.

As far as Sri Lanka is concerned, it started negotiations with the IMF and the World Bank has also promised to provide support. The country is also seeking a currency exchange and loans from China (about over $2 billion) and India as well.

With oil prices hovering around dangerously high levels, the energy crisis in Europe pushing the price of coal to an all-time high (on which many developing countries depend as a source of energy), rising interest rates and continued supply chain disruptions, we can expect other countries to experience similar or related financial difficulties.

Osama Rizvi is an economic and energy analyst at Primary Vision Network.