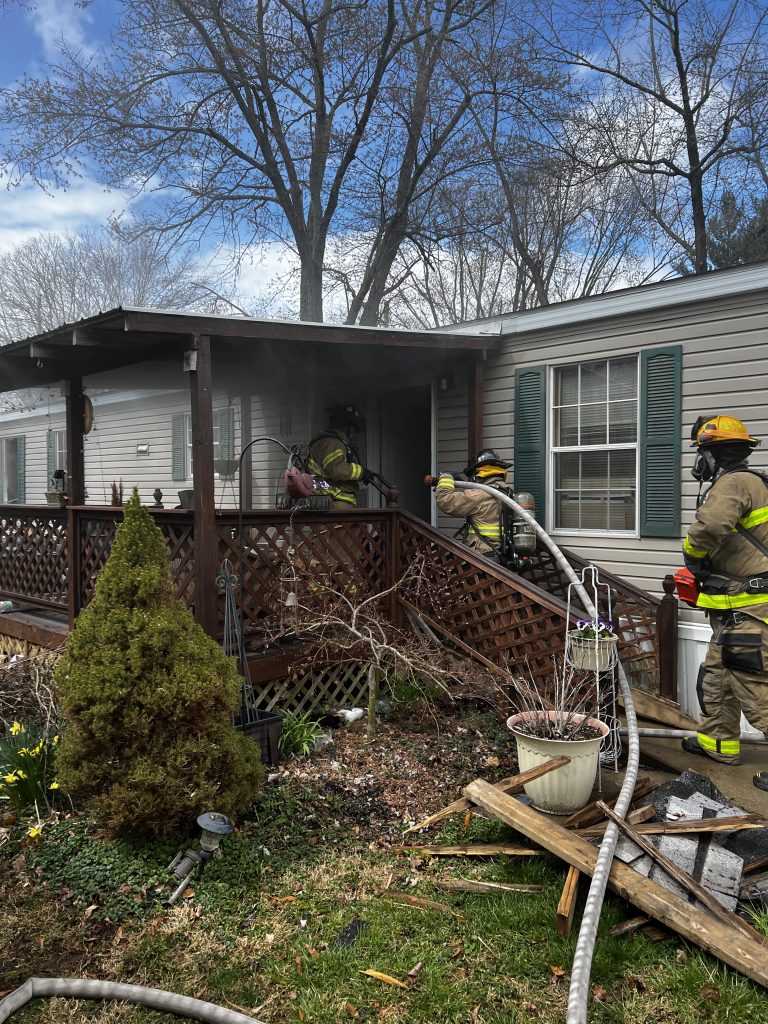 The following press release and images were sent to The Bloomingtonian on Friday:

While answering the call, the dispatcher advised that one caller thought everyone was out of the trailer, then signaled another caller saying he thought someone might be in the trailer. When firefighters arrived on the scene, they found smoke coming from the back of the trailer and immediately searched the house. No one was found in the house during the search. Firefighters found a small fire in the rear of the trailer. The fire was quickly extinguished, limiting the fire damage to one bathroom and one bedroom. The bedroom door was closed at the time of the fire, which prevented the fire from spreading to the rest of the trailer. A meter reader was doing rounds in the neighborhood when he noticed smoke coming from the trailer and called 911 and alerted a neighbor.

No one was home at the time of the fire and the cause of the fire is still under investigation. No injuries were reported.

MFD was assisted at the scene by the Monroe County Sheriff’s Office and the IU Health Lifeline ambulance.

Love? Take a second to support The Bloomingtonian on Patreon!