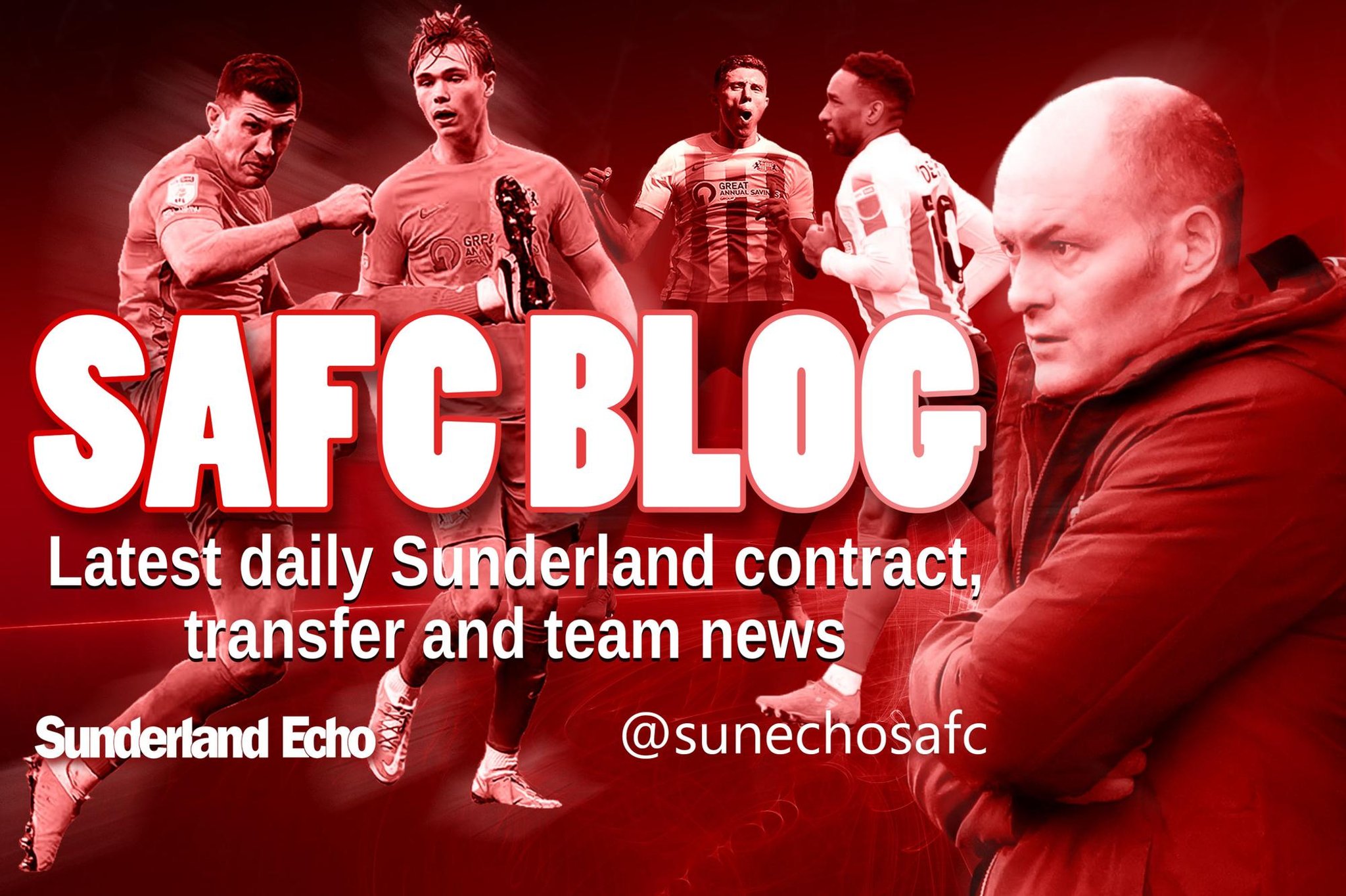 Despite Ross Stewart’s last-minute equalizer, Tuesday’s 1-1 draw against Burton was another disappointing result, meaning Sunderland have won just one of their last ten matches.

While they were beaten by Sunderland on the opening day of the season, Wigan are second in the table and have taken ten points from their last four games.

Neil spoke to the media this morning ahead of the trip to DW Stadium.

Register to our Sunderland AFC newsletter

The newsletter mute the noise

Scroll down to catch what the SAFC boss had to say:

A message from the Football Clubs Editor

Our aim is to provide you with the best, most up-to-date and informative Sunderland AFC coverage 365 days a year.

This depth of coverage costs, so to help us maintain the high quality reporting you’re used to, please consider signing up for our new sports-only package here.

We’re leaving the blog today, but Neil has also spoken to print media, including our SAFC writer Phil Smith.

We’ll have more pre-game preparation tomorrow on the SAFC section of the Echo website, as well as live coverage from the DW Stadium when Sunderland take on Wigan tomorrow afternoon.

Nathan Broadhead is back at Wearside as he nears a return to first-team football, writes Phil Smith.

The 23-year-old has completed rehab at Everton and trained with his Sunderland team-mates on Thursday.

I would probably say I have more problems and fewer solutions right now.

I’m obviously not going to divulge who it may or may not be, but we have a few we’re looking into and hopefully we can get them involved in the game.

I’m doing my best but the difficulty we have is that we only have 13 games left.

Ideally, what we want to do is work the guys who haven’t played much harder and give them a few more minutes.

Likewise, guys who have done way too much at this point in their careers, we want to give them a break.

The difficulty we have is trying to maintain the quality levels in the starting XI and being competitive while having to knock out some of your best players or facing players who are unaware.

These variables are really hard to control at this time and that’s probably my biggest challenge.

Neil on Sunderland’s victory over Wigan in August

I think you have to put that in context because a few people have told me that. I looked at the team that played that day and a lot of those players are gone.

It has nothing to do with what will happen in the next game.

Likewise, we faced them in the Carabao Cup and we also changed a full squad, so again, that has nothing to do with what’s going to happen as well.

You can’t really take the comparisons and make them equal.

I was at the game against Crewe not long ago and went to see them a couple of times this year.

I think they are experienced and guys who know how to get out of this division.

I think there’s a pretty good mix between understanding when to turn the ball and trying to play deep.

They recruited a team for them that will try to get them out of this division, and added to that in the window with the arrival of Magennis.

They certainly don’t have as many young players as we do. I think that’s fair.

If you look at the average age of their team, it’s very different from ours.

I think every club, if you look at them at every level, is different in one way or another.

Neil on Stewart and Defoe

We watched him for this game.

As far as we are concerned, we are obviously much more detailed than that.

What you have to keep in mind, and I’ve made this very clear since I’ve been here, Jermain hasn’t played much football so it’s very difficult to come in and get started.

We have to try to let as many players as possible know, which is not easy to do when there are only 13 games left.

My take on how he feels he’s progressing, he’s in training without a contract at the moment and I think that will become a contact fairly quickly.

I’m just doing my job and keeping my head down.

It’s good for the modern generation, it’s how they grew up and it’s what they know, but for me it’s not really something I pay attention to.

I think you have to be aware of that.

I think you have to make sure you get the feeling of what’s out there and what’s going around.

Likewise, I think there are some things you need to be careful of, but can also let go with a pinch of salt if you wish.

I talk to players regularly and think face-to-face contact gives me a lot more insight into how they feel than reading a message if you want.

I can physically see how they are and hopefully face to face they can open up and I can see where they are.

I think it’s probably the repetition more than anything.

I think it’s about training well and making sure we train well, making sure we understand the situation, watching clips with the players and debriefing the game.

I think the difficulty we have is that every challenge is different, the two or three games we’ve played so far we’ve approached them in a slightly different way because of what we have and what we’re up against let’s play.

This week will be no different.

What to expect from today’s press conference

In terms of team news, Danny Bath and Lynden Gooch both returned to the matchday squad against Burton after injury setbacks.

Back right Trai Hume was not in the team and could return this weekend.

Nathan Broadhead has accelerated his recovery at Everton and should be able to return to action in the coming weeks.

We will have a full update on Neil’s injuries at 9am this morning.