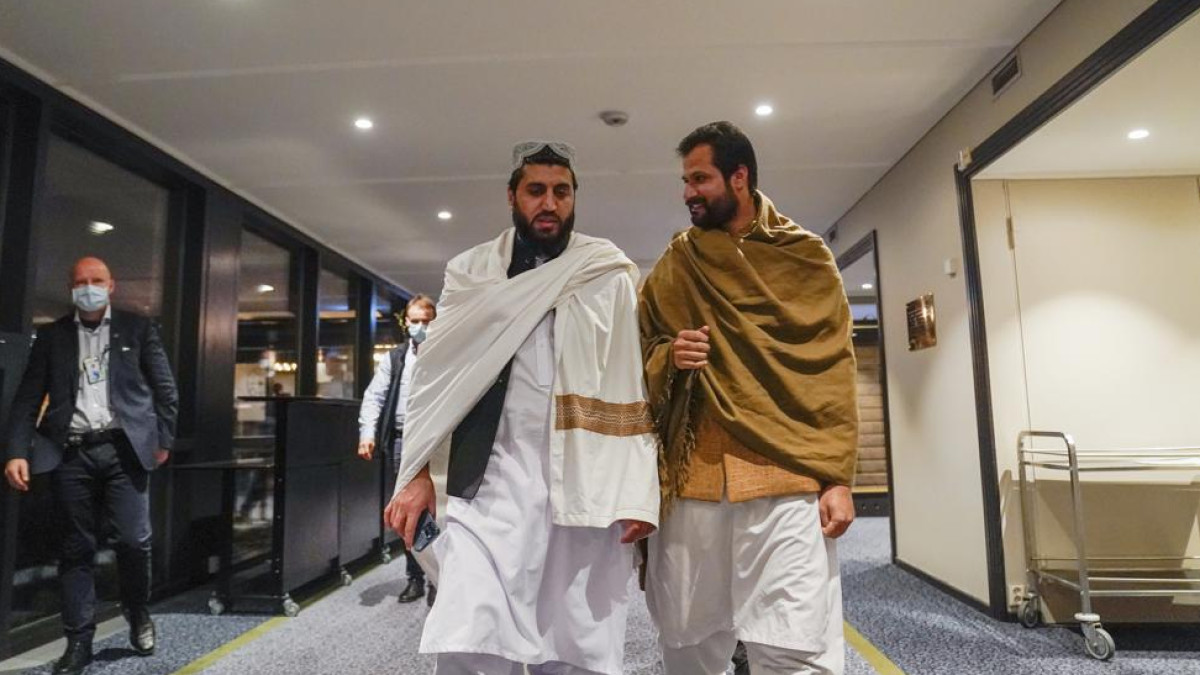 Taliban minister in Oslo for talks on Afghan humanitarian crisis

The Taliban may have put Afghanistan on a plateau, thanks to the US’s will to get out after 20 years of inconclusive war. However, while it was easy to obtain all the attributes of power, ruling the country with empty coffers is a major problem for new rulers. The Afghan economy was kept afloat mainly by foreign funds and that completely dried up.

Additionally, the Afghan central bank holds $9.5 billion in US bonds. The release of these funds would relieve the government a little. But the United States is not moving, because it is the only lever the international community now has to force the Taliban to respect human rights and to ensure that women are not barricaded in their homes. This is the only lever that the international community has on the Taliban to push for respect for the rights of its women and its minorities.

The Taliban’s plea for international recognition is suspended. Recognition will pave the way for funds to return to the country. However, not a single nation, not even its closest ally Pakistan, dared to recognize the new government. During his first term in office, Pakistan, Saudi Arabia and the United Arab Emirates were the three countries that recognized Mullah Omar’s government.

A Taliban delegation led by its Foreign Minister Amir Khan Muttaqi is in Oslo to meet American and Western diplomats and brief them on the disastrous situation in Afghanistan. The initiative to invite the Taliban to talks was taken by Norway. Foreign Minister Anniken Huitfeldt stressed that the meetings “do not represent legitimization or recognition of the Taliban”.

The team met with representatives of Afghan civil society in Oslo on Sunday. Following the meeting, Kabul issued a conciliatory statement.

Spokesperson Zabiullah Mujahid said: “Participants at the Oslo summit reaffirmed that Afghanistan is the common home of all Afghans and stressed that all Afghans must work together for better political, economic and security outcomes. in the country. On Monday, the Taliban met Thomas West, US envoy to Afghanistan and other diplomats from Western countries. West tweeted ahead of the meeting: “As we seek to resolve the humanitarian crisis with allies, partners and humanitarian organizations, we will pursue lucid diplomacy with the Taliban regarding our concerns and continued interest in a stable, human-friendly environment. rights and inclusive Afghanistan. For their part, the Taliban will put their demands on the table. Kabul wants the United States to release frozen assets, remove the names of some of the group’s main leaders from the American blacklist and resume diplomatic activity and economic normal. They want the United States and other countries to reopen their embassies in Kabul.

Just ahead of the Oslo talks, the Taliban-led government of Afghanistan announced that girls’ high schools, which have remained closed since the country was taken over in August 2021, will reopen in March. According to local media, the United States and other Western countries had promised to pay teachers’ salaries if the girls were allowed to attend classes. 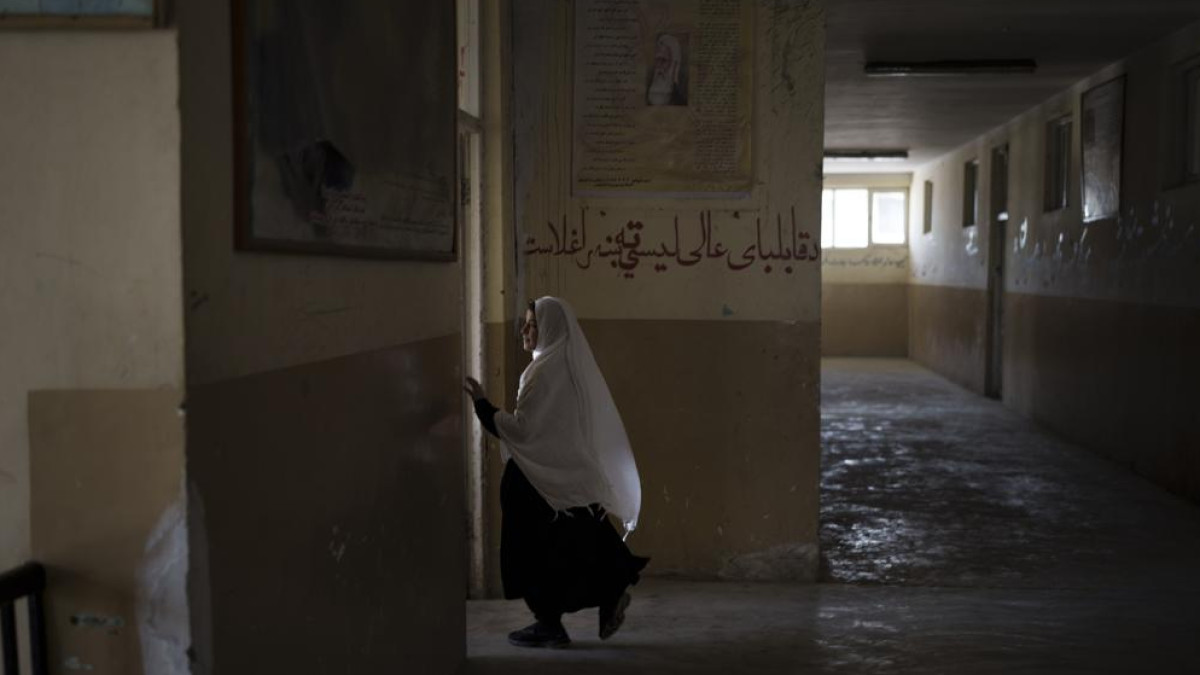 Schools for girls in Afghanistan have been closed since the Taliban takeover | Image credit: Associated Press

Afghanistan is facing a major humanitarian crisis, due to a combination of factors. The country has been ravaged by two decades of war, a severe drought two years in a row, the Covid-19 pandemic and a complete halt in foreign aid since the takeover in August. Soaring food prices, severe unemployment, a falling currency against the dollar leading banks to impose restrictions on cash withdrawals, and a harsh winter have contributed to people’s plight.

The United Nations had warned the international community for months that famine or near-famine threatened nearly 55% of Afghans. The UN has said that 95% of Afghans do not have enough to eat. Agriculture, the mainstay of the economy is in the dumps. Farmers had abandoned their fields as they rushed from the countryside to take cover from the fighting. Today, with the onset of extremely cold winters in Afghanistan, the situation has become untenable.

People need help. For the international community, this is a difficult choice. Keep waiting until the Taliban fulfill their human rights obligations or release the funds so people don’t starve.

The Taliban had promised an inclusive government, respect for women’s rights as well as adherence to normal human rights standards and no revenge killings. 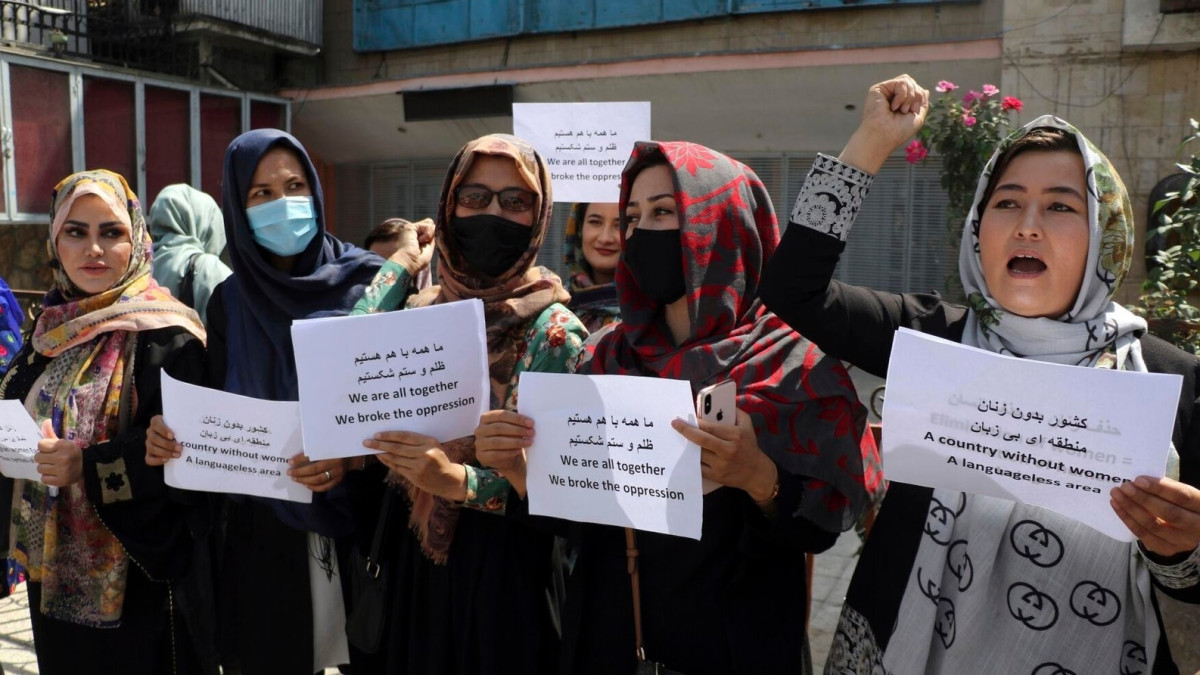 For a religious and ideological group led by mullahs who practice austere Wahhabi Islam, granting freedom to women is not easy. In rural Afghanistan where most Taliban leaders and cadres hail from, women are confined to their homes and must be accompanied by a male relative when outside the home. As the Taliban arrived in Kabul, the sale of hijabs surged as urban Afghan women, some of whom had discarded the hijab, rushed to shops to prepare for the Taliban takeover. So while the Taliban working from the Doha politburo were willing to promise a better deal for women, it was hard to keep their promise. Employees were asked to stay home. Female students who outnumber males in Herat have been ordered not to attend university classes. Billboards and walls of beauty salons displaying women were splattered with white paint in Kabul and other cities.

Although a general amnesty was announced by the Taliban shortly after taking power in Kabul and people were reassured that they would not be targeted for supporting the government of Ashraf Ghani backed by the stranger, the promise was not kept. Many government officers, especially those in the police and army, were hunted down and killed. According to the UN, no less than 100 extrajudicial executions took place in the provinces. No less than 70 belonged to the Taliban. Others were killed by the ISI(k) notably in Nangarhar province.

“Badhaai Do” hits theaters on February 11