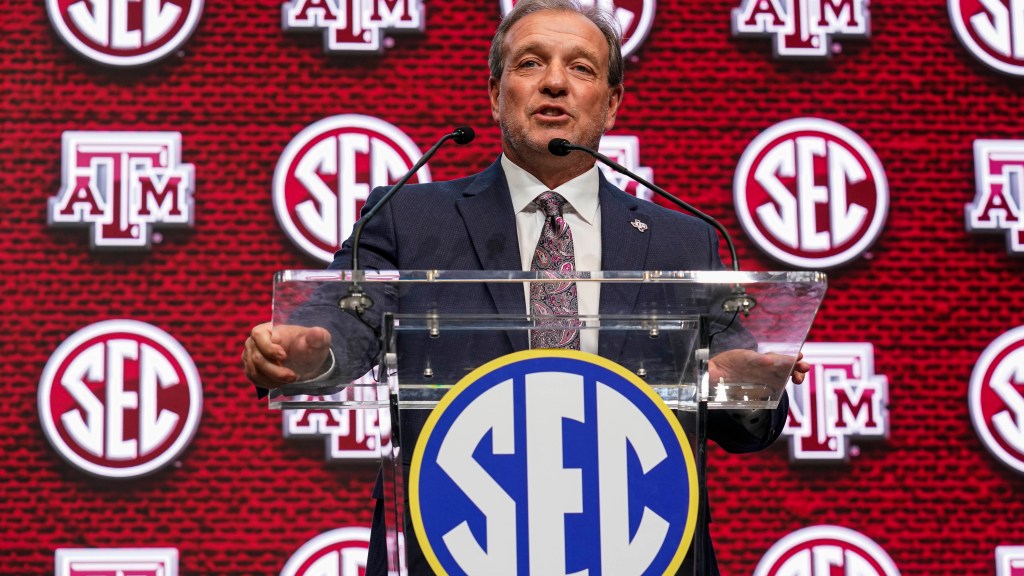 This year’s camp was very enjoyable to say the least, with a lot of media attention given to the ongoing quarterback competition, the first glimpses of members of the historically talented recruiting class of 2022 and the various adjustments of the new coach. of offensive line Steve Addazio. to the O-line starting rotation every week so far. Giving an update on camp’s progress this week, Jimbo started the presser in typical fashion at this stage of the process, stating,

“We are entering the real days of the camp. … We fight through the nicks and the snacks, the bruises of the practices. (Fisher also noted that he was very pleased with the way his team fared in Saturday’s scrimmage)

Asked more about the scrum, Fiser seemed pleased with the overall results:

Jimbo continued to praise the attitude, effort and resilience of the entire team, especially the freshman who acclimated well. Asked about the quarterback battle and if he’s ready to name the starter after this Saturday’s scrimmage, Fisher replied:

“I’m not putting a timeline on it. I will know when I know.

“All these young guys are doing a really good job. They work hard and play well, and they all have a very bright future.

Fisher was then asked about the state of the O line and the development of backup center Matthew Wykoff after taking the majority of practice shots at the position as Bryce Foster continues to recover from a minor injury:

“I think Matthew (Wykoff) had a really good camp.”

“I was very pleased with his development. He cares and tries to be a very good player, and he does a very good job.

Asked about the rotation of the running back room and who is leading the fight for the primary backup spot, Fisher said:

“I feel very confident with the putting (Amari Daniels), (LJ Johnson) and Le’Veon (Moss) too. He is very good at running the ball.

Finally, Fisher praised the leadership shown by the majority of its upper class members:

These guys who stay around three years, four years and maybe even five… It’s amazing how few mistakes they make and how good their game is.” (Fisher quoted Layden Robinson, Fadil Diggs, Earnest Crownover and Demani Richardson as examples)

A key note, Fisher noted that they were injury-free and there was nothing of note that would preclude current roster members from participating in the September 3 opener.