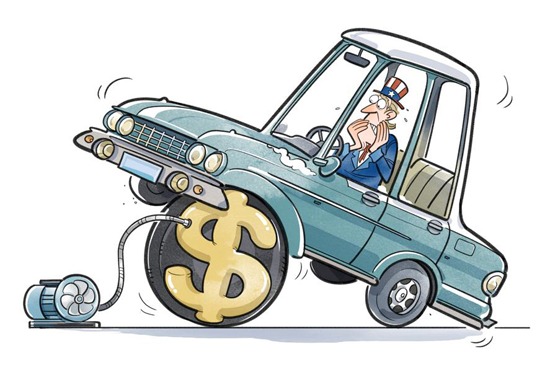 The Fed must be creative to avoid a crisis

The debate on transitory inflation in the United States is over. The surge in US inflation turned into something much worse than the Federal Reserve had expected. Perpetually optimistic financial markets are largely taking hold of it. The Fed is widely assumed to have both the wisdom and the firepower to control core inflation. It remains to be seen.

For its part, the Fed advises patience. He’s so convinced that his bad predictions will eventually prove to be correct that he just waits. No surprise there: The Fed telegraphed such a response with the “average inflation targeting” framework it adopted in the summer of 2020. In doing so, the Fed indicated that it was ready to forgive inflation above target to compensate for years below target. -target inflation. He didn’t know what he was getting into.

In theory, targeting average inflation seemed to make sense – an elegant arithmetic consistency of undershoots counterbalanced by overshoots. In practice, it was flawed from the start. This was an inherently retrospective approach, strongly conditioned by a long experience of slow growth and low inflation. The Fed believed, like many, that the COVID-19 pandemic shock of early 2020 had been cut from the same fabric as the 2008-09 global financial crisis, pointing to the possibility of another anemic and disinflationary recovery that could push dangerously into a already low inflation. towards deflation.

Just like Japan. Since the dot-com bubble burst in 2000, Fed policymakers have worried about a Japanese-style endgame for a crisis-prone US economy – decades of lost economic stagnation coupled with persistent deflation. These concerns are understandable if a crisis hits when inflation is already dangerously close to zero. But by focusing on the risks of Japanese-style deflation, the Fed has virtually ignored the possibility of a major inflationary surprise on the upside.

And that’s exactly what happened. Thanks to an explosive rebound in aggregate demand after the lockdown, which the Fed itself played a key role in feeding, already strained global supply chains quickly broke down. From food, semiconductors and energy to shipping, to homes and wages, the multiplicity of pressures on prices and costs today are far too numerous to count. One-off and transitory price adjustments have become ubiquitous, and a major inflationary shock is now at hand.

But there is an additional complication: the Fed’s belief in the magical powers of its balance sheet. Like average inflation targeting, quantitative easing has also emerged from recent crises. Ben Bernanke, first as Fed governor and then as chairman, led the charge by listing the endless list of unconventional policy options available to a fiat monetary system when the nominal policy rate nears the limit. zero.

Bernanke first framed this in terms of a brainstorming exercise in 2002, highlighting the Fed’s unlimited ability to inject liquidity through asset purchases in the event of rising deflationary risks. But when reality moved closer to hypothetical in 2009, Bernanke’s scenario became a plan of action, as it did once again in the depths of the COVID-19 shock of 2020. n ‘ has never been out of ammunition.

The challenge comes from normalization, that is, restoring monetary policy to pre-crisis parameters. And for the conventional policy interest rate and the unconventional balance sheet, the Fed hasn’t figured that out yet.

The Fed faces two complications in normalizing its policy.

First, the unwinding of ultra-accommodative monetary policies is a delicate operation that opens up the possibility of corrections in asset markets and in the real asset-dependent economy.

Second, there is confusion about the timeframe for normalization – how long it takes to bring policy back to its pre-crisis parameters. This is because, until now, there has never been an urgent need to standardize. The persistence of low inflation, and often below target, would give a central bank targeting inflation a lot of leeway to work its way gradually, step by step, down the path to normalization.

Think again. The Fed must now normalize in the face of an inflationary shock. This calls into question the glacial process envisioned in a low inflation normalization scenario. The Fed failed to make this important distinction. He telegraphed a mechanical unwinding of the two-step approach he used in the depths of the crisis. The Fed sees normalization simply as a reverse operation: first tighten its balance sheet and then raise the policy rate.

While this sequencing may be appropriate in a low inflation environment, an inflation shock makes it impractical. The preferred first step, balance sheet adjustments, is likely to have only a limited impact on the real economy and inflation. The transmission channels of the balance sheet, passing through long-term interest rates and the lagged wealth effects of asset price adjustments, are at best very hijacked. The Fed needs to reassess its mechanistic approach to policy sequencing.

With inflationary pressures now shifting from transient to widespread, the policy rate should be the first line of defense, not the last shoe to lower. In real terms (adjusted for inflation), the federal funds rate, currently at -6%, is deeper into negative territory than it was at the low of the mid-1970s (-5% in February 1975), when monetary policy got it wrong. set the scene for the “Great Inflation”. Today’s Fed is woefully late.

My advice to the Federal Open Market Committee: It’s time to increase the focus on creative thinking. With inflation soaring, stop defending a bad forecast and forget to tinker with the balance sheet. Keep doing the heavy lifting of raising interest rates before it’s too late. Independent central bankers may well afford to ignore the foreseeable political backlash. I only wish the rest of us could do the same.

The author, a faculty member at Yale University and former president of Morgan Stanley Asia, is the author of Unbalanced: The Codependency of America and China.

Opinions do not necessarily reflect those of China Daily.