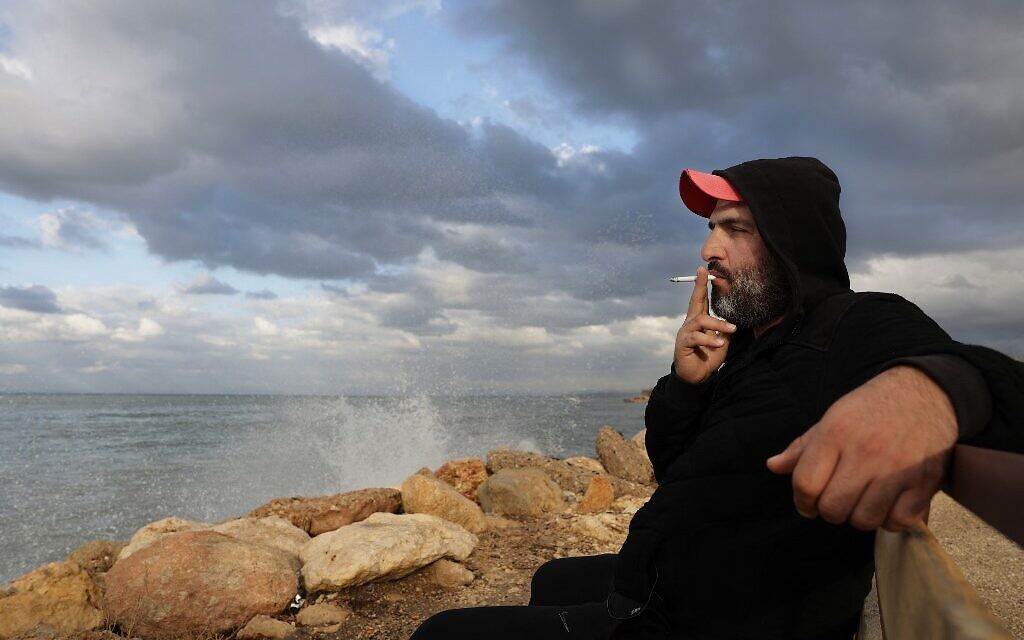 TRIPOLI, Lebanon (AFP) – If he hadn’t made a lot of money smuggling irregular migrants to the European Union by sea, Ibrahim himself might have joined the growing exodus from stricken Lebanon by the crisis.

“If I hadn’t been in this profession, I would have left, like so many other people,” said the 42-year-old trafficker, who asked to use a pseudonym when he spoke to AFP at Tripoli, in the north of the country. .

“Maybe I would have turned to someone to get me out,” he said, his face hidden by an anti-COVID surgical mask and a hoodie.

Lebanon, in the throes of a brutal economic crisis, is no longer just a launching pad for Syrian refugees and other foreign migrants.

Its own desperate citizens now risk drowning in the Mediterranean in their quest for a better life.

By registering, you accept the conditions

Ibrahim argues that while having smuggled a hundred Lebanese nationals to Europe since 2019 makes him no angel, there is virtue in helping his compatriots.

“I’m getting them out of here, out of this beggar life,” he said. “At least if they are put in a camp, they can eat and drink with dignity.

Ibrahim said he was proud to only take Lebanese nationals on his boats, and even then only those who can produce civil status documents.

“I get requests from Palestinians and Syrians, but I’m only responsible for my own compatriots,” said Ibrahim, a former school bus driver whose falling income led him to human trafficking.

“There are a lot of Lebanese who want to leave… They are ready to sell their houses, sell their cars, sell everything, just to get by.

Lebanon, a country of about six million people, is like a sinking ship, grappling with an unprecedented financial crisis that the World Bank says is of a magnitude typically associated with wars.

The UN refugee agency, UNHCR, said at least 1,570 people, including 186 Lebanese nationals, embarked or attempted to embark on illicit sea voyages from Lebanon between January and November. 2021.

Most hoped to reach Cyprus, a member of the European Union, an island 175 kilometers (109 miles) away.

This represents an increase from 270 passengers, including 40 Lebanese in 2019, UNHCR spokesperson Lisa Abou Khaled told AFP.

“In previous years, the vast majority of passengers were Syrians, while in 2020 and 2021 a notable number of Lebanese joined these movements,” she said.

Lives have been lost, including those of two small children, in attempts to cross over the past two years, although there is little data and no exact toll. 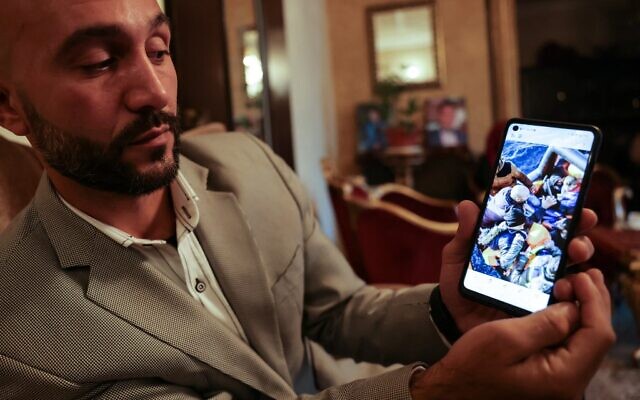 Lebanese migrant candidate Mohammes Msawel shows off the raft he was loaded into after being caught by the Greek Coast Guard during an interview with AFP in Tripoli, north of Beirut, December 9, 2021 (JOSEPH EID / AFP)

The Lebanese military said it was diligently monitoring the 225-kilometer coastline with radar systems and patrol boats.

A joint maritime operations room facilitates coordination between naval forces and other security agencies as well as the Cypriot authorities.

The military said that “Lebanese nationals who know their way around the country’s coast” are the most common smugglers.

Among them, Ibrahim, who said he organized an illicit sea crossing to Europe in 2019 for a Lebanese family of five now residing in Germany.

Since then, he says he has organized nine more, including the last in September, which saw the arrival of 25 Lebanese nationals in Italy. 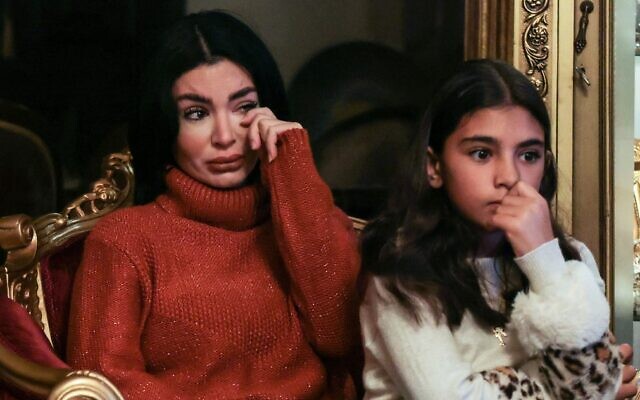 The future Lebanese migrant Sarah, 32, wipes away her tears as she listens to her husband talk about their failed migration adventure to Europe, during an interview with AFP in Tripoli, in the north of the country, on December 9, 2021 . (JOSEPH EID / AFP)

“Before, we had to advertise our trips,” he said. “Now people are running to us. “

Sitting on a bench off the coast of Tripoli, Bilal Moussa, 34, watched the giant waves that nearly engulfed him in November.

Taking a long drag from a cigarette, the father-of-three said he would try again.

“There is no future here, neither for us nor for our children,” said Moussa, who quit her job in a supermarket because her monthly salary of $ 55 barely paid for her travel.

On November 19, Moussa packed a small duffel bag and left his home in the Dinniyeh region without even telling his wife.

When he reached the meeting point in Tripoli, he found around 90 passengers boarding a truck that would take them to the Qalamoun area from where they would depart.

They included 15 Palestinians and 10 Syrians, while the rest were Lebanese.

Two hours after the 18-meter (60-foot) boat left, a Navy boat fled and ordered the captain to return. Their overcrowded craft began to take in water in the wake of the patroller, but the captain spun and lost his tail after a one-hour white-fist race.

The next terrifying moment came when the engine broke down and the boat began to sink, in the dark. Panicked passengers began to throw suitcases and fuel tanks overboard.

Moussa and others contacted relatives back home to send help, which arrived several hours later. A Lebanese army ship came and towed them ashore, where the passengers were questioned and released.

“I felt defeated because I came back, because I didn’t succeed,” Moussa said. “But I will go back … We have no other path but the sea.”