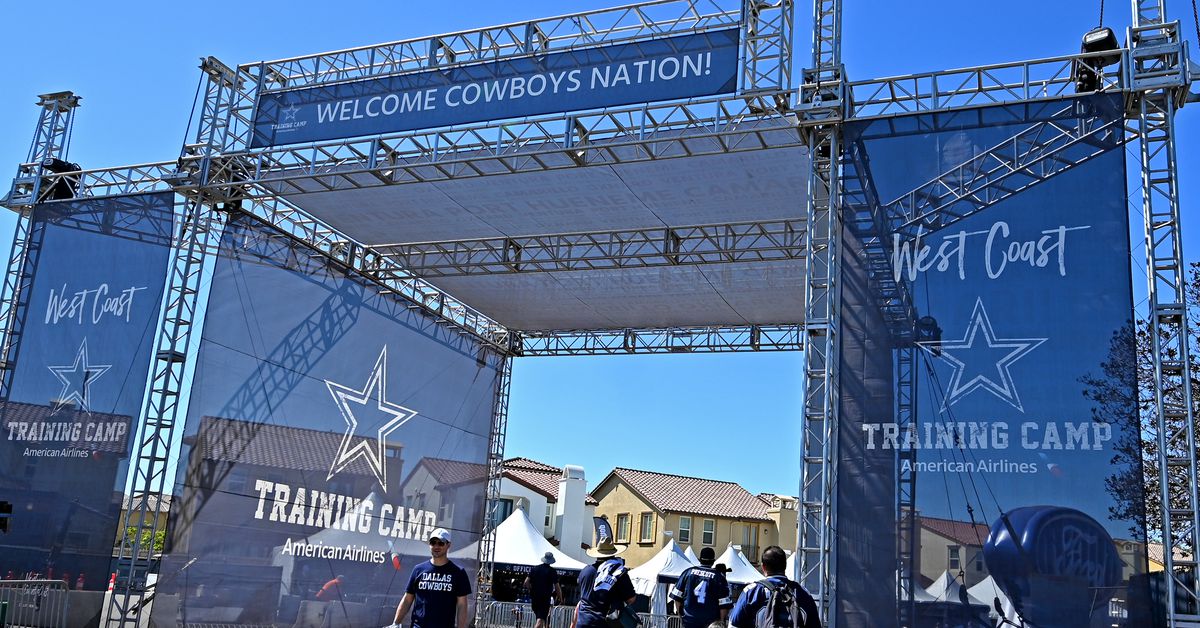 While we’re still waiting for practices to begin at Dallas Cowboys training camp, we’ve had the moment that signals things are officially underway. It was the opening press conference at Oxnard. Jerry Jones, Stephen Jones and Mike McCarthy spent over an hour looking forward to the season and other things. It was the first real news we’ve had on the team for a long time. Except there really wasn’t much “new” about it.

Jerry has owned the team and done these things for maybe over thirty years. Nothing indicates that he will change his habits. The same goes for his son Stephen. McCarthy may only be entering his third season with the team, but he also knows the ropes of his tenure with the Green Bay Packers. This really shouldn’t come as a big surprise. That still doesn’t do much to instill enthusiasm or optimism towards the team.

One of the more predictable things to emerge was Stephen Jones once again defending his approach to salary caps, free agency and contract negotiations. If you’ve been on the Dallas sports scene for a long time, you’ve probably cringed at the use of the term “dry powder” to describe the big-cap space the Cowboys sit on. Stephen then insisted once again that contract negotiations must be forward-looking. In a winning league now, he continues to focus on winning later.

He also mentioned the situation of Dalton Schultz. He said they just couldn’t make a long-term deal, leaving Schultz to play on the label. This invites skepticism. The owners decide the opening width of the old wallet. If they really wanted to do a multi-year deal, they would have. Instead, they pushed things back a year, so if Schultz stays in Dallas, he’ll cost more. Stephen also talked a bit about how they were approaching another contract negotiation with Dak Prescott since they had to do a shorter one with him last time. His concept of how things work continues to be a decade or two behind the reality of the league.

One thing that provided a bit of new information, or at least confirmation of something suspicious, was the discussion of “question marks” on the offensive line. Stephen fell back on the old “opportunities” argument. Forgive me, but in my working days it was always an attempt to sell a bad situation usually created by management/management as something the worker bees had to bear the brunt of. What this implied was that the dry powder is saved in case solutions to line issues, and other things, didn’t emerge from the list. While it might not be the best approach, it worked when the team added Malik Hooker last year during camp. Don’t be surprised to see a fairly steady stream of offensive linemen, linebackers and wide receivers visiting Oxnard for workouts.

It was obvious that Jerry Jones is sensitive to criticism and commentary in the media, including the social variety. He walked out the door defending McCarthy and saying there was no real intention to replace him. Undermining his own point was his mention of having other options. This indicates that the Cowboys had some kind of conversation with these other options. He also replayed his explanation of promoting speculation of Dan Quinn becoming head coach as some sort of poker bluff. There was some reaction to this in the form of a question as to why he hadn’t already extended McCarthy if he believed in him so much, but given that McCarthy is only at the third year of his five-year contract, it was a rather clumsy attempt.

One of the more questionable claims the elder Jones made was that he felt the team was in better shape this year than it was last season. Considering the great optimism over the talent and depth of the roster last year, that seemed hollow. It also seemed a bit awkward when he said some of the off-season departures were already being considered a year ago. Although the decisions regarding La’el Collins and Randy Gregory were validated by the news that neither will be ready to start camp with their new teams, this is undermined by the attempt to sign Gregory. And others pointed out how they re-signed both DeMarcus Lawrence and Michael Gallup, going against the argument made about the importance of availability in these decisions given the games they missed. Last year.

Those opening press conferences have always been about trying to get the hype through. This act has aged given the long drought of real playoff success for Dallas. Jerry insisted that winning is the real priority, but that falls more and more every year. The act got tired.

A topic unrelated to the team’s performance brought him home. The failure of Jimmy Johnson’s addition to Ring of Honor was brought up, and Jerry gave an explanation that we’ve also heard before. He explained that it was his only decision. The only logical conclusion is that he just doesn’t want to do it. The reasons seem petty. Johnson was the architect of the glory years of the 90s that made the team the attraction it remains. The fact that he is not honored is absolutely a snub.

Perhaps it’s a hangover from the end of last season and the disjointed offseason that has generally ignored free agency. But the hype and optimism may have failed to take hold as the property continues to run the course that has been so unrewarding for years. We’ve heard it all before. We are tired.