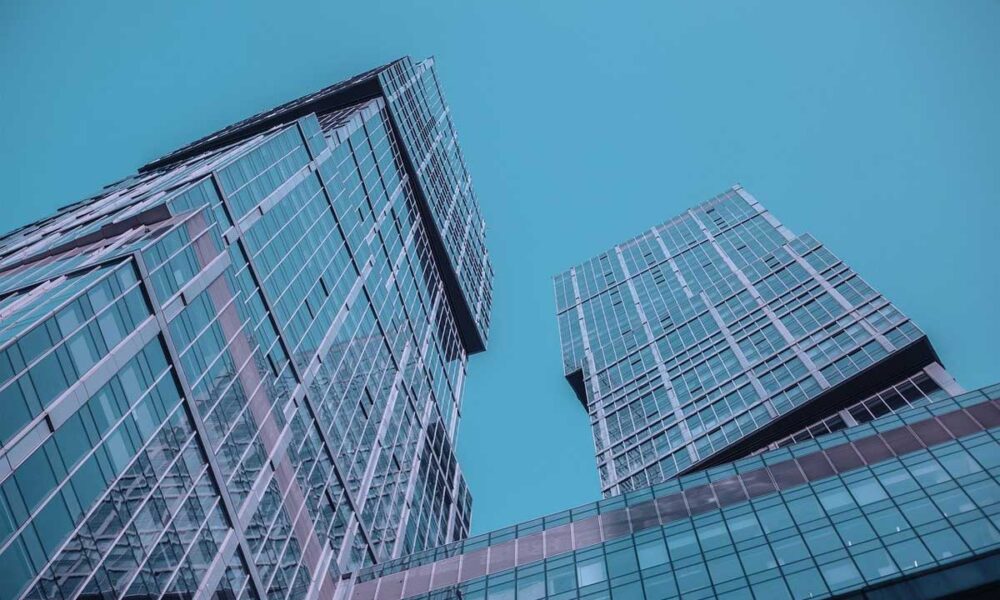 On March 20, 2022, Chinese Ambassador to Russia Zhang Hanhui mentioned that Chinese companies in Russia should “seize the opportunity to fill the void in the Russian market”. This statement was made during a meeting with Chinese entrepreneurs living in Moscow. “Large companies are facing major challenges, including disruptions in payment and supply chains. There comes a time when private small and medium enterprises could play a role,” the Ambassador concluded.

Unexpectedly, the rather cordial meeting, attended by only eight Chinese businessmen and three representatives of the Confucius Culture Promotion Association in Russia, which hosted the event, received significant media coverage from around the world. entire. An alarmist article has been published by Bloomberg, whose thesis was: “Despite warnings from the White House, Chinese diplomats are urging Chinese companies to become more active in the Russian market, thus supporting Moscow”.

Chinese diplomats themselves are probably unhappy to have been embroiled in such a media story, given that Beijing keep on going adopt a balanced position, maintaining room for maneuver in relations with Russia and the United States, despite threats and attempts at provocation from Washington. Ambassador Zhang Hanhui merely repeated what now widely talked about on both sides of the Russian-Chinese border, namely that Russia has no choice but to opt for an even greater rapprochement with China in the new foreign policy and socio-economic environment.

In this context, Chinese companies are seen as a force capable of bridging the gap with the West for the Russian economy. But is everything so clear? Will these expectations be justified? Let’s find out.

Amid the unprecedented sanctions the West has imposed on Russia, big business faces many and varied challenges, as Ambassador Zhang Hanhui highlighted in his speech. Therefore, companies tend to adopt a wait-and-see attitude or even stop operating in this difficult situation for the time being.

Most of their concerns relate to the fear of secondary sanctions. The US regulator now has the right to impose restrictive measures on anyone who continues to work with companies on the sanctions lists. Thus, it is not only undesirable companies, such as the VTB bank, but in some cases all their foreign counterparts that are affected by the sanctions.

Chinese financial institutions have been careful not to do business with Russian counterparties, even in less stressful situations. Since 2017-2018, for example, opening an account in a Chinese bank has become a real problem for Russian companies, despite the Beijing-Washington trade war.

In addition, chains of trade, logistics and production were broken, many of which were linked to Western shipping companies or financial credit organizations. There are many uncalculated risks in the situation, and even companies that appear to have nothing to fear are acting cautiously in this environment. The oil company Sinopec, for example, said he suspends talks with Sibur on a new gas chemistry plant.

Certainly, all of the above are issues of the moment. Businesses will eventually find loopholes, and there will be intermediaries in logistics and banks that can help some earn and others spend their money.

However, it will be a long and painful process due to both the cautiousness of Chinese companies and the poor preparation of Russian partners to interact with China effectively, given a Western-centric mentality. a lack of skills and experience. It will take years unless something extraordinary happens, like a similar rift between China and the West.

What are the niches that major Chinese companies could fill in the future?

First, high-tech production, including cars, household appliances, etc., where Western and Japanese companies were involved, having now announced a “temporary suspension” of their activities in Russia.

Secondly, projects in trade and services, mainly in the hospitality sector, which will lose Western capital. In practice, companies that have taken serious root in Russia, such as Auchan or Leroy Merlindo not leave, but niches in this area will certainly to be freed.

Third, advanced mining projects that require both large capital investments and technology. There is a precedent, namely JSC Yamal-LNG, where the Chinese company CNPC possesses 20% and the Silk Road Fund almost another 10%. There is already a successor project, Arctic LNG-2, in which the Chinese capital so far possesses 20%, but we feel that an additional 20% held by the French Total and the Japanese Mitsui will soon be available.

However, there should be no exaggerated expectations to attract major Chinese tech companies. The approval process for such a project takes several months or even years, even in a stable and predictable situation. Things will not move from neutral until the outcome of the special operation is clear, until the “US sanctions printer” calms down and until there is an understanding of what the Russian government is ready to support with regard to foreign investors.

The hopes of small businesses

If things are difficult with big companies, maybe it would be easier with smaller ones?

In fact, Ambassador Zhang Hanhui’s idea is precisely to actively involve small and medium-sized enterprises (SMEs). However, it is often just a “small business” by Chinese standards. For example, Huaxin, from the small border town of Dongning in Heilongjiang province, has been for a long time largest Chinese investor in the Russian Far East.

It is Chinese SMEs that own many restaurants and hotels in Russia, most of which focused on Chinese tourists before the COVID-19 pandemic. It is the micro-enterprises of the Chinese border regions which they search obtain resident status in various preferential zones of the Far East, namely the territories of advanced development and the free port of Vladivostok.

However, Chinese small and medium enterprises have faced serious problems in recent years:

First, they have been gradually ousted by major players, both Chinese and Russian, in the most profitable sectors. The example of the Huaxin company is quite illustrative. In 2016, its de facto subsidiary Armada-Land sold all its assets to the Russian company Rusagro and exited the market.

Second, the difficulties in hiring Chinese workers due to the depreciation of the rouble, as well as the administrative measures to take foreign companies out of the informal sector, Have put many Chinese small businesses in a very uncomfortable situation. They could no longer work according to the old method, relying on Chinese labor and dark projects, but could not and did not want to work according to the new method.

Third, the coronavirus pandemic has dealt a heavy blow to Chinese SMEs. The flow of Chinese tourists, from which many Chinese businesses benefited, has ceased. After it became clear that the epidemiological situation in Russia was much worse than in China, the “returnees” rebroadcast residence. According to subjective estimates, between a third and a half of Chinese entrepreneurs doing business in Russia have physically left the country. Many of them have sold their business.

Will they go back to Russia now? There are no formal obstacles. In June 2021, Moscow unilaterally survey all entry restrictions for Chinese citizens, but the turbulence of the current situation and the stereotype of Russia as a “country unable to cope with the pandemic” (even though we have already abolished most restrictions, while china continues put one city after another in lockdown), are seriously affecting the desire to live and work in our country.

My interlocutors who work with Chinese companies confirm that the interest in the opportunities opening up on the Russian market is immense. Everyone now gets a lot of requests from Chinese colleagues to give a breakdown of the situation in a particular industry. The explanation for this interest is very simple: goods and services become much cheaper for the Chinese with the current exchange rate of the Russian ruble.

So far, however, words are not turning into action. Small and medium-sized businesses are following suit, generally adopting a wait-and-see attitude and watching not only fluctuations in the ruble, but also the government’s willingness to compromise with foreign investors.

Like eight years ago, in the wake of the “post-Crimean” sanctions wave, China’s main calculation is that Russia would supposedly offer “special and privileged” operating conditions to Chinese companies. Translated into economic pragmatism, this means: 1) obtaining state guarantees for investment transactions, insuring the investor against fraud by the Russian partner; 2) admission to strategic industries – ports, extraction of mineral resources; 3) simplification of procedures for processing workers from China and duty-free import of equipment and machinery for investment projects; 4) implicit advantages over investors from other countries.

In eight years, the Chinese have never received such concessions. By the way, in private conversations, they were offended by this, saying that Russia got more from China than China got from Russia after both countries’ relations with the West deteriorated.

First, it is not in the interest of Russia, which does not want to trade one dependency for another. Preventing strategic industries from falling under the control of foreign capital, giving priority to domestic specialists and localizing production are the pillars of Moscow’s investment policy. So far, there have been no exceptions, even for such an important partner as China.

Secondly, Chinese capital always has the possibility of investing in countries with low purchasing power and an even weaker state, unable to rigidly dictate its rules to its foreign partners. The Chinese work much more comfortably in these countries than in Russia.

Therefore, I see the situation for the next decade as follows:

There will be more and more Chinese products in Russian stores, and they will replace Western products in most market niches. Eventually, Chinese tourists, attracted by the cheap prices, will also return. It is likely that two or three flagship projects, such as Yamal-LNG, will be implemented. However, there will not be a massive attraction of Chinese investors on the particular terms that China is hoping for. However, this will in no way affect the dynamism of the Russian-Chinese strategic partnership.

From our partner RIAC

World Press Freedom Day Panel: How to Counter Digital Authoritarianism | About Us | DW