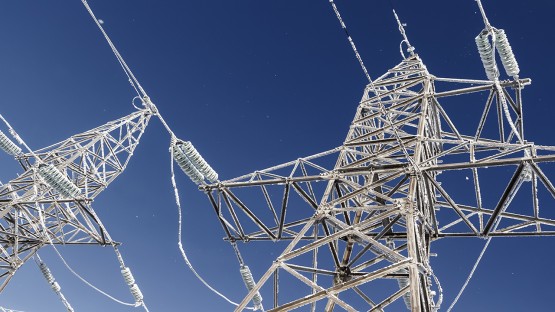 The Texas Electricity Crisis Exposed a Flaw in Market Design

A year after winter storms crippled the Texas power grid, contributing to more than 200 deaths, a Cornell-led analysis recommends contractual improvements to reduce the vulnerability of decentralized energy markets to rare events.

These “energy only” markets rely on investors to anticipate demand in all conditions and build appropriate resilience into the system. They allow prices to skyrocket during extreme events to incentivize preparedness.

But in Texas, where winter storm Uri caused catastrophic power outages for five straight days of freezing temperatures, the crisis exposed the market’s inability to manage risk as expected, according to Jacob Mays, assistant professor in the School of Civil and Environmental Engineering at the College of Engineering. Wintering investments were insufficient, he said, as the benefits proved too distant and uncertain.

“You’re relying on investors who basically buy lottery tickets, where they build resources in the hope that once every 20 or 30 years they’ll get a huge payday,” Mays said. “It’s just too risky for most investors in these long-term infrastructure assets. They want a more stable stream of income.

Using Texas as a case study, the researchers argue that decentralized energy markets are prone to underinvestment in resilience in the face of rare events. They say real-world shortcomings in risk trading undermine the markets’ idealized assumption of what economists call complete risk markets.

“We need regulatory intervention to try to make this trade and risk contracts work better all the way through the supply chain, from gas suppliers to homes and businesses,” Mays said. “We can’t make this assumption of complete risk markets.”

In the United States, but not globally, Texas is unique in its implementation of an energy-only market. Most US systems have a “capacity” requirement, in which a system operator determines the level of resources needed and electricity purchasers share the cost to achieve it.

In both strategies, Mays considers how to ensure that systems secure adequate resources in ways that support, rather than hinder, decarbonization efforts.

In Texas, Mays said a proposed reform, called the Load-Serving Entity Reliability Obligation, contains elements of what the research team says is missing. But much of the reform discussion has focused on what they see as distractions from the central problem.

Some commentators have suggested that spot prices – set every five minutes based on real-time network conditions – were not allowed to rise enough to incentivize adequate investments in wintering. Mays said that argument doesn’t explain why the system failed to meet its own reliability target, or what actually happened to prices.

“Prices got extraordinarily high over a five-day period, so it would be surprising if the answer was that they weren’t high enough,” he said. “We don’t think that’s very compelling as an explanation for what went wrong.”

Others blamed the system operator, ERCOT, for not anticipating the possibility of such severe weather. But Mays said that was unfair in a system designed to limit central planning in favor of the market’s aggregate body of knowledge, which could have predicted extreme but not unprecedented conditions.

Given the decentralized nature of ERCOT’s decision-making, the authors wrote, “this failure is shared by all parties involved.”