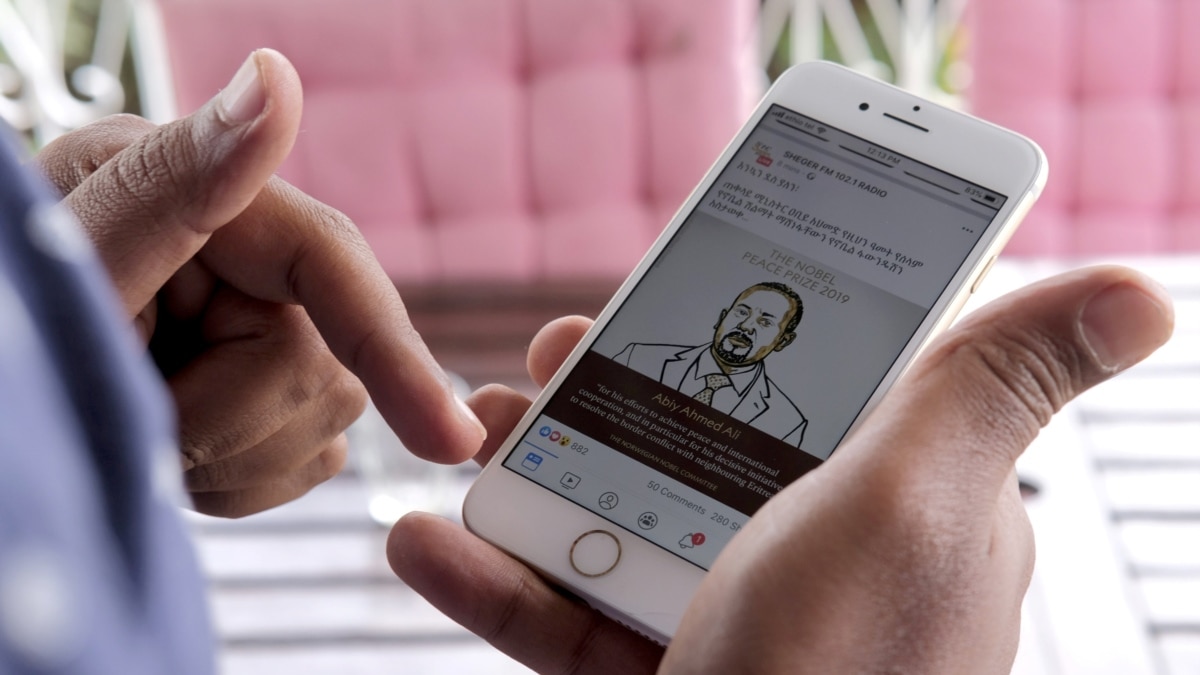 In September 2019, Simon Marks moved to Ethiopia, attracted by the rapid changes that followed his change of leadership and his declaration of peace with neighboring Eritrea after war and decades of tension.

Since then, he has reported on the widespread optimism after Prime Minister Abiy Ahmed came to power and won the Nobel Peace Prize, and the human cost of the war in Tigray.

But on May 20, Ethiopia expelled Marks from the country. The freelancer, who reports for The New York Times and Voice of America, among others, is the latest victim of what many journalists and human rights groups say is limited tolerance for critical reporting on the Tigray conflict.

Since November, the Ethiopian government has been fighting the Popular Front for the Liberation of Tigray, or TPLF, a regional political party that has led the ruling coalition in the country for nearly 30 years. The war has displaced tens of thousands of people and left millions in need of humanitarian assistance, according to the United Nations.

Journalists and human rights groups have alleged serious abuses: massacres, gang rapes, violence. The victims’ accounts mainly blame the Ethiopian federal soldiers, the Amhara regional militias and the Eritrean forces fighting in the region. The UN human rights chief said “serious violations of international law” may have been committed by Ethiopia, Eritrea and the TPLF.

From the start of the Tigray conflict, the Ethiopian government sought to limit information. Access to the media has been restricted and journalists covering the conflict have been arrested. At least seven people have been detained since November, and local media say they have been threatened, beaten or questioned for their reporting. The region has also been hit by an internet and communications blackout.

At this “great moment” in Ethiopia’s history, Marks said, “the country had better have as many professional journalists as possible.”

“So I felt sad that it had come to this and everything I did was so politicized,” he added. “And that the government has finally made a decision which, in my opinion, is simply not in its long term best interests.”

The Ethiopian prime minister’s office did not immediately respond to VOA’s email requesting comment. In a response sent after the publication, office spokesperson Billene Seyoum did not respond directly to questions about Marks ‘case or to reporters’ claims that they had to leave due to intimidation and could not not to report freely. Billene said media arrests, license revocations and registrations were outside the prime minister’s office and referred VOA to the media regulator.

In a June 3 briefing, Billene said that “the allegations of hushed up media spaces are unfounded.”

Marks said he began to feel pressure from the government as he reported on the 2020 protests following the murder of Hachalu Hundessa, a popular singer from Ethiopia’s Oromo region. More than 100 people have been killed in the protests, which have led to mass arrests.

The journalist was subsequently barred from traveling to the Tigray region to cover the September regional elections which the central government declared illegal. Ethiopia has postponed national and regional elections due to the pandemic.

When the war began, Marks traveled to the regional capital, Mekelle, to speak with affected civilians, including witnesses to the Mai-Kadra massacre in November, which the UN said could be considered. like a war crime.

A Reuters investigation released on Monday said the incident involved two attacks: one against Tigrayans and the other against Amharas. It killed at least 767 people.

Through interviews with witnesses, Marks was able to challenge the government’s claim that only the Amharas were killed. Marks believes this report, as well as its coverage of other violence and abuse, puts him at odds with authorities.

In March, his media credentials were revoked and the media regulator accused Marks of “fake news,” according to reports at the time.

Marks said the government’s opinion appears to be that if a journalist writes sympathetic stories about victims of wartime violence, then he or she must be on one side of the conflict.

“It’s okay to sympathize with mothers and babies without food, or a mother who is unable to breastfeed because she lacks nutrition. Or just people whose family members have been massacred by soldiers, ”he said. “The unfortunate aspect is that my reporting and that of others have become highly politicized by reporting atrocities or human rights violations.

When he was finally kicked out, he was not given any specific reason, Marks said. He had just received a call to attend an immigration meeting of which he “didn’t have a good impression.”

At that meeting, an immigration official told the reporter that he had to leave that day. “It was a done deal. There was no room for negotiation, ”Marks said. He was flown to Brussels.

Ethiopia’s ambassador to the United States did not respond to VOA’s request for comment sent through the messaging app.

Early in his term, Prime Minister Abiy was praised for improving media conditions, freeing several journalists, and pledging to amend a controversial anti-terrorism law that had been used to jail critics.

Until then, the country had a poor press freedom record, with high numbers of detainees and a repressive media environment.

But rights groups have pointed out that when Abiy faced protests or unrest, he relapsed into the same earlier patterns of arrests and censorship.

In 2020, the government passed a new version of anti-terrorism legislation, despite criticism from defenders of human rights and freedom of expression.

Muthoki Mumo, the sub-Saharan Africa representative for the New York-based Committee to Protect Journalists, said earlier optimism had been tempered by a return to old ways.

“The legislative commitments, the commitments to make legislative reforms were still there,” she said. “But all of a sudden we started to see a regression to the old styles, the old media processing tools, basically censoring the media. “

Government pressure has prompted some local journalists to publish unsigned articles or even flee. One of them is freelance journalist Lucy Kassa.

In February, gunmen, who refused to identify themselves, entered Lucy’s home, confiscated her computer and accused her of having ties to the TPLF.

Lucy had just filed a story for the Los Angeles Times which included accounts from rape survivors who said their attackers were Eritrean soldiers.

At that time, the Ethiopian government denied the presence of Eritrean soldiers.

Fearing for her safety, Lucy left the country, but even now she does not feel safe.

“Even those of us fleeing the country, we still operate in fear because the supporters of the government have become as dangerous as the government itself,” she said. Lucy requested that her current location not be identified as she feared retaliation.

The reporter said she and others were harassed online and threatened on social media by people accusing them of being TPLF sympathizers, anti-government, fake news and propaganda.

All local journalists work in an uncertain environment, but the Tigrayan media are under additional scrutiny, Lucy said.

“Whether you like it or not, you will be defined by your ethnicity. For Tigrayans, for those who come from the Tigrayan ethnicity, the pressure is much worse, ”she said.

Lucy said the men who entered her home tried to link her ethnicity to her reporting, claiming that because she is Tigrayan she supports the TPLF.

“All of a sudden that makes you a TPLF sympathizer, which couldn’t be further from the truth,” he said.

The erosion of media rights has “accelerated” over the past six months, with arrests of journalists or media workers who assist foreign media “and intimidation from this regulator,” said Mumo, of the CPJ.

“It sends a very serious and consistent message of ‘be careful what you bring back’,” Mumo said.

Marks’ expulsion had an impact on foreign and local journalists, she said, adding that it sent a message: if it can happen to a foreign correspondent, “what could happen to me? “

It is much more difficult to report on a country when you are not there to see people’s faces, to interview them, to speak with sources safely, especially in the context of Internet shutdowns ” , she told VOA.

“Many others take far greater risks than I do, especially local journalists,” he told VOA. “Many have called me since I was kicked out to tell me that they are worried that they will no longer be able to really do their job. “

The impact, Marks said, will be a lack of information for those who need it.

“The ripple effects of something like this, which will eventually hurt, is the public’s right to know and hold its leaders to account,” he said.