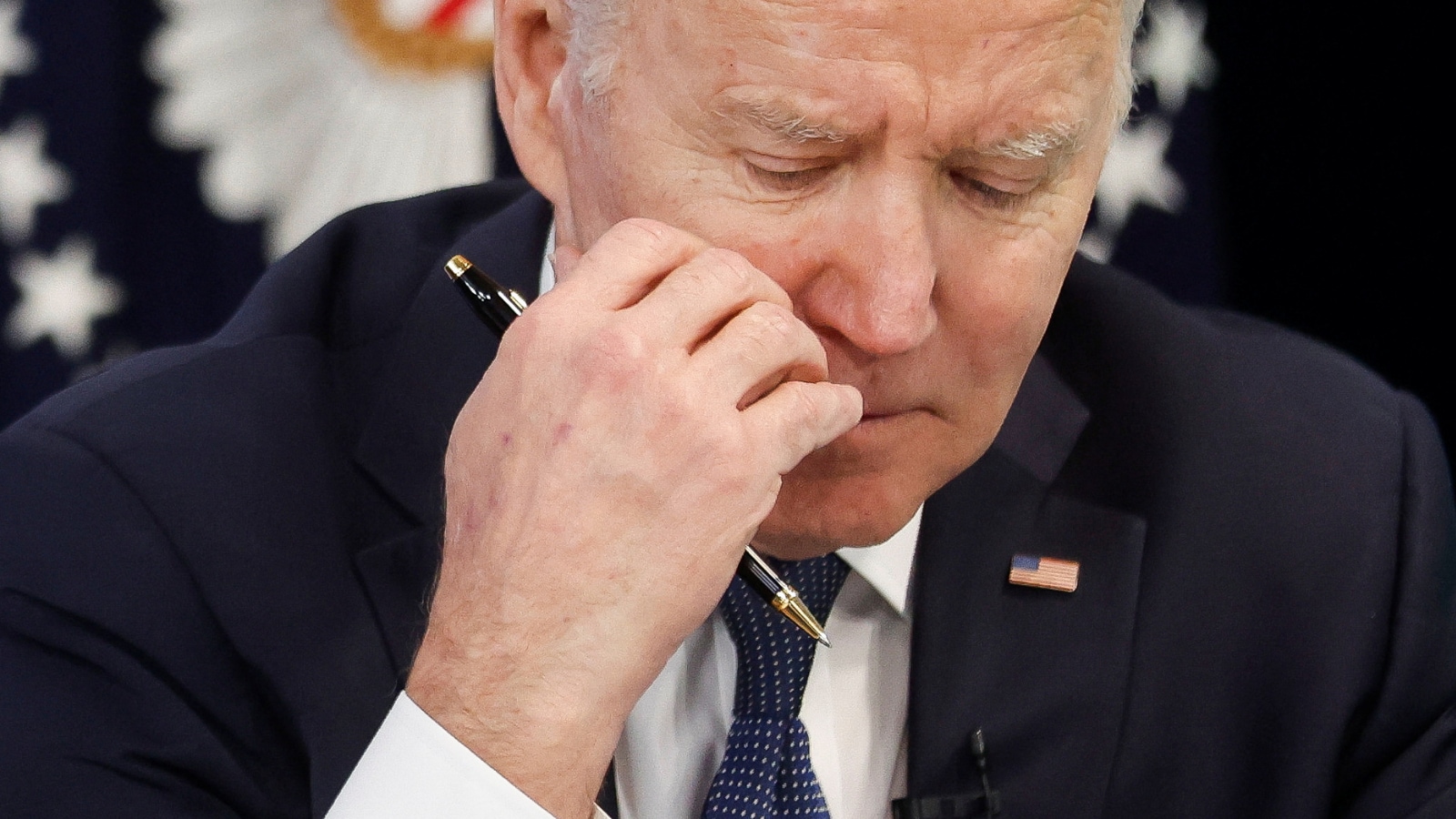 How long would the United States lecture the world and get away with it? Maybe not for very long, judging by the straws in the wind. Even America’s closest friends and allies are becoming resistant to American moralizing and unilateralism.

“I just don’t care… We don’t have the right to lecture you in America… It’s the same the other way around,” replied Mohammed Bin Salman, the crown prince. of Saudi Arabia, when asked if Biden had misunderstood things about him. . Mohammed Bin Salman (MbS) and the UAE Crown Prince are in no rush to heed the US President’s call for them to pump more oil to avoid a sharp rise in oil prices, following US sanctions against Russia.

The United States has an amazing ability to move in and out of one conflict after another, entangling both partners and adversaries, who must then pick up the pieces. Whether in Iraq or Afghanistan – remember the American leaders who said they had no part in nation building? After handing over the unfortunate Afghan people to the Taliban and turning Nelson’s eyes to the ensuing humanitarian crisis, the Biden administration has now turned its guns on Russia. That Ukraine be destroyed and innocent civilians killed is inevitable collateral damage to the world’s oldest democracy.

Recently, President Biden hinted at the most dreaded eventuality. “…while we provide this support to Ukraine…we will defend every square inch of NATO territory…If they move once…okay, if we respond, it’s World War III, but we have a sacred obligation on NATO territory… (but)… We will not fight WWIII in Ukraine. Be careful what you wish for, you might get it!

But how was this man-made tragedy in Ukraine scripted? President Biden had branded Putin a killer, accused him of interfering in US presidential elections and planning cyberattacks. Then came the carrot in the form of a three-hour meeting last June in Geneva between the American and Russian presidents, at the end of which the former remarked that there were “real prospects for improvement significance of relationships.

However, the United States continued to supply kyiv with lethal and non-lethal munitions, including Javelin anti-tank missiles. In 2021, security assistance worth $450 million was made available. The United States has also stepped up training for the Ukrainian military, deploying some 150 members of the Florida National Guard’s Task Force Gator, as well as an unknown number of men from Special Operations Command Europe.

As tensions over Ukraine rose in January, Biden threatened Russia with serious consequences if it invaded Ukraine, adding a caveat: “It depends on what (Russia) does. It’s one thing if it’s a minor incursion and we end up having to fight over what to do and what not to do…. It was left to White House aides to soothe frayed nerves in kyiv.

After Russia recognized the independence of Donetsk and Luhansk – separatist enclaves in eastern Ukraine – President Biden promised tough sanctions against Russia but made it clear that the United States will not would not engage Russia militarily and would only protect the territorial integrity of NATO members. This position has since been reiterated several times. It is intended to assure the American public that the United States does not allow itself to be drawn into another conflict and also to anticipate outside pressures at a later date. But could this unusual public stance have emboldened Moscow to launch a full-fledged invasion?

As if anticipating that Russia would swallow the bait, the United States quickly implemented the toughest economic sanctions in history, allegedly in coordination with Europe. Putin and Foreign Minister Sergei Lavrov were personally targeted along with other political figures. Just when it was most needed, the scheduled meeting between Secretary Blinken and Lavrov was called off.

The West has since added fuel to the fire by supplying Ukraine with all sorts of weapons, including anti-tank and surface-to-air missiles. Efforts are underway to persuade Poland to transfer its Russian-made fighter jets to kyiv as well, except the former is playing hardball. Moreover, according to unconfirmed reports, ex-US marines (and Chechen fighters on the Russian side) are heading towards the conflict zone in large numbers. Doesn’t it take a lot of imagination to decipher who pays the mercenaries? This effectively means American boots on the ground, which is sure to provoke Russia further.

The information war is at its height with the West controlling the narrative and demonizing Russia. On March 5, Russia was accused of attacking the Zaporizhzhia nuclear power plant in southern Ukraine with missiles. Hardly anyone bothered to look at the map or ask what Russia would gain from such a mishap, given the physical proximity of its own territory and population would have been subjected to nuclear radiation. It turned out that during the crossfire, one or two shells accidentally fell about half a kilometer from the reactor, which was never in danger.

Meanwhile, Ukraine continues to be pounded as invading Russian forces, keen to limit civilian casualties, slowly gain ground. President Zelensky’s dogged resistance turns into bluster as he persists in harassing Putin, calling Russian action genocide and terrorism and demanding Western military and material support. He insisted on the establishment of a no-fly zone over Ukraine, which is a ruse to draw NATO into a direct confrontation with Russia. He refuses to see the writing on the wall and seems to preside over the decimation of his country. Only time will tell if he would be hailed as “David” or likened to Nero who kept playing the violin while Rome burned.

And then there is the European Union (EU), which has generally deferred to the United States rather than defending its interests, in part because of its security dependence on Washington. The EU and Russia are neighbours; the United States is one ocean away. The EU and Russia have interdependencies; the United States, especially its large corporations, are more concerned with safeguarding their economic interests in China. France, a major player in the EU and NATO, is unlikely to forget or forgive being caught off guard by Biden on the AUKUS deal. NATO also cannot understand why Biden decided to fast-track the US exit from Afghanistan without even token consultations.

From the start of the conflict, President Biden managed to convince the newly elected German Chancellor to put the Nord Stream 2 project in cold storage. However, the enormity of the challenge and the economic cost of disrupting Russian oil and gas supplies quickly took their toll on European majors, forcing them to be selective in replicating US sanctions.

Long-term impact of the Ukrainian crisis

Whether it is the EU, the Arab world, the ASEAN region, Taiwan, Japan or India, there is more than an underground anxiety about overreliance on of the United States as a world leader, which prompts a recalibration of geostrategic assumptions. Allow me to reflect on the India-US relationship that has grown from near alienation to global engagement over the previous two decades. Yet there is a sense of continued hesitation due to Washington’s reluctance to give due weight to New Delhi’s geo-strategic, security and socio-economic imperatives.

Whether it is terrorism emanating from Pakistan, importing oil from Iran, our longstanding defense cooperation with Russia, interests in Afghanistan or Myanmar, democratic institutions in India or of societal dynamics, the United States tends to be prescriptive or judgmental. After every presidential election, South Block holds its breath until the new White House incumbent reaffirms the status quo with India.

Coming back to the Russian invasion, it’s no surprise that the American media, which struggles to find anything positive about India even in normal times, has been very critical of our position, as do many members of Congress and members of the policy community. Official circles have shown some appreciation for India’s plight due to its critical dependence on Russian military hardware.

Privately, there has been measured pressure on India, including perhaps at the hastily convened Virtual Quad Summit on March 3. The possibility of the Biden administration imposing CAATSA sanctions on India cannot be ruled out, which would reduce ties and possibly temper India’s interest in Quadruple.

The Ukrainian crisis will have repercussions across the spectrum. Ukraine will regret its decision to separate from nuclear weapons in 1994 and will trust the solemn commitments of the great powers, but for which it would never have known the current fate. North Korea will feel vindicated. Talks with Iran will become more difficult. The global arms race, including the quest for weapons of mass destruction, would intensify. The Western military-industrial complex is going to blow up the bubbly; China may decide to test the resolve of the distracted United States, by undertaking a misadventure. Global economies will take a hit due to the rising cost of imports and supply-side disruptions.

The Swedish chancellor, Count Axel Oxenstierna, in a letter to his son in 1648 wrote: ‘You don’t know my son, how unwisely the world is ruled‘. The current generation of world leaders is determined to prove the Chancellor right!

The author is a former envoy to South Korea and Canada and an official spokesperson for the Department of External Affairs. The opinions expressed in this article are those of the author and do not represent the position of this publication.

CPI findings on press freedom in Kashmir A revealing indictment against the J&K administration: NC