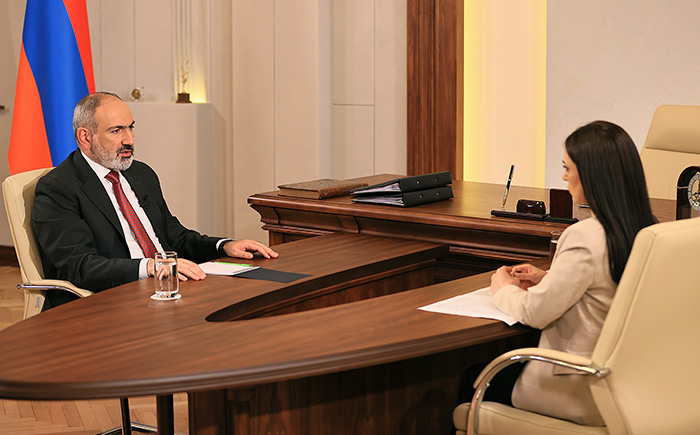 This week, Armenian Prime Minister Nikol Pashinyan held an online press conference to answer questions from journalists and non-governmental organizations. This is not the first time that Pashinyan has faced the media and the public with a lengthy press conference. He answered dozens of questions for 3.5 hours on the following subjects: relations between Armenia and Azerbaijan, Armenia and Turkey, the government’s internal policy, the slowness of judicial reforms, chatter on the enrichment of his family and his political entourage, and the freedom of former leaders and opposition activities in recent months. The Prime Minister answered all the questions exhaustively and calmly, even if the format of the press conference and the fact that the questions were presented in advance would have allowed him to avoid the “difficult” ones.

Prior to the holding of the press conference, reports circulated that several media outlets had decided to boycott the Prime Minister’s press conference, arguing that their journalists were deprived of the opportunity to ask questions face to face and that, in this format, their requests could be ignored, rewritten and/or distorted.

To address the subject head-on, the first question addressed to the Prime Minister was: “Why do you avoid face-to-face press conferences with the media? What are your fears regarding direct contact with former colleagues? »

In response, the Prime Minister said: “It is strange, that the question asks, why are you avoiding a direct question when this direct question is broadcast. The media boycotting this press conference are among the political forces that have recently been involved in a wide range of boycott activities.

It should be noted here that most of the complaining media are financed and controlled directly or indirectly by Robert Kocharyan, Serzh Sargsyan or people close to them. These media ignore the fact that their main mission is to provide reliable information to their readers and listeners, and not to engage in hostile political activities and open propaganda against the government. Today in Armenia, the press has the right and freedom to criticize political leaders and to act as a watchdog against government abuses. However, when they step into the role of spreading misinformation and join the swearing protesters in the streets, that is when they stop being defenders of the press and engage in “yellow journalism”, a distinction given internationally to newspapers that disseminate false and misleading information. It is true that the ruling party in Armenia also has media supporting its policies and promoting its achievements, but we do not see any blatant misinformation or fake news coming from their side.

Media demanding “face-to-face” press conferences should be reminded that their sponsors, Kocharyan and Sargsyan, during their tenure, never faced the media with open press conferences. Their contacts with journalists were very limited and under carefully organized conditions, answering only pre-selected questions.