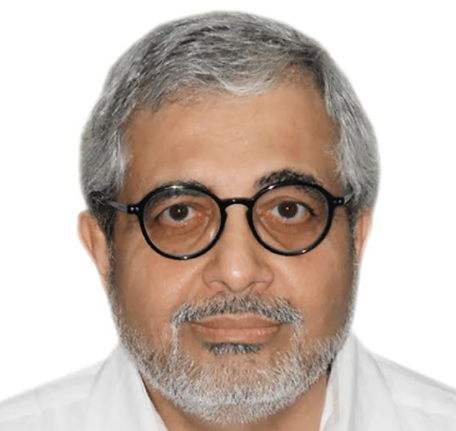 To find both the root of the problem and the solution, look at the story

In recent weeks, the international strategic community has focused on a European crisis involving the US-led West and Russia, with military deployments around Ukraine fueling fears of a devastating war.

There are many versions of what is happening. One version suggests that an innocent and helpless orphan (Ukraine) is about to be engulfed by a menacing bear (Russia), but the knight in shining armor (US-led West) arrives to stop the beast . This version, however, belongs, as the symbolism suggests, to the land of fairy tales. Another version, equally reprehensible, ignores Moscow’s desire to establish clear zones of regional and global influence, and portrays Russia as an innocent victim of multiple diabolical plots by the West.

The seeds of the current tensions were sown in 1999 when, after the disintegration of the Soviet Union in 1991, a triumphant North Atlantic Treaty Organization (NATO) decided to admit new members from Central and Eastern Europe . Russia protested vehemently but was too weak to prevent this expansion, compromised in part by the pact it signed with NATO in 1997. The pact did not explicitly ban NATO expansion, but the nato has agreed not to deploy troops or nuclear weapons on the territories of the new members. Subsequently, NATO expanded eastward in stages to enlist most of the former Warsaw Pact members.

This desire for expansion encouraged Georgia in 2008 to try to recover what it considered its territory – Abkhazia and South Ossetia. NATO did not intervene when a resurgent Russia retaliated against Georgia’s misguided efforts to redraw its borders. Then, in 2014, a Western-backed regime change effort resulted in the ousting of a venally corrupt but legitimately elected Ukrainian president. The result of this action is that Crimea is now part of Russia and the rebels control parts of eastern Ukraine.

This digression into history is necessary to understand that the current mess is not a sudden development but a long-term crisis waiting for the right combination of circumstances to burst.

Currently, from Russia’s point of view, the conditions are met. Russia believes it has the necessary resources – political, economic and military – to fight for what it sees as existential security needs. This is underpinned by the perception that the United States is weakened by domestic political divisions and international challenges – the inexorable rise of China – requiring the most geopolitical attention from the United States in the Indo-Pacific.

From Russia’s point of view, this crisis is not about Ukraine but about renegotiating existing security agreements in Europe taking into account Russia’s interests, which have been significantly affected by NATO enlargements, even if it means restricting the choices that some nations have. Also, Moscow seems clear that it is not willing to discuss this issue endlessly. The West, on the other hand, politically driven by the ideal of the right of peoples to self-determination, clearly finds Russia’s demands unacceptable.

This incompatibility of these two divergent views seems to create an insurmountable obstacle.

But given the unacceptable cost that Russia would have to pay in the event of a full-fledged war, it seems that the current Russian military build-up around Ukraine appears to be a tactic to pressure the West into finding a mutually agreeable diplomatic solution. It is also important to remember that while for Russia security at its borders is an existential issue, for the United States any fight for Ukraine is not a core interest that would justify a potentially catastrophic war with Russia. .

Another digression suggests that even twentieth-century European history offers solutions. A study of the German and Austrian experiences would be instructive. Germany in 1945 was divided by agreement between the Allies and the USSR into West Germany and East Germany. This result would of course be unacceptable for Ukraine. Meanwhile, Allied and Soviet troops occupied Austria until 1955. This ended when the USSR and the West agreed that Austria would remain neutral, thus ensuring that the country would remain united and free. of foreign troops. Later, Austria was able to join the European Union without objections from the Soviet Union. This, in the current context, should be an acceptable outcome for Ukraine.

While the resolution of the current crisis in Europe still seems far away, diplomatic overtures have begun. The first round of exchanges does not suggest that the United States, NATO and Russia have come closer in their views. The dangers of an involuntary war still loom on the horizon. However, it is important that behind the fire and brimstone of public proclamations, calm and determined diplomatic interactions take place. It is equally important to understand that the result will be a security redistricting of Europe. The only question is whether or not the demarcation line will cross Ukraine.

The opinions expressed above are those of the author.

PRESS RELEASE FROM THE MINISTRY OF TRADE, INDUSTRY AND LABOR