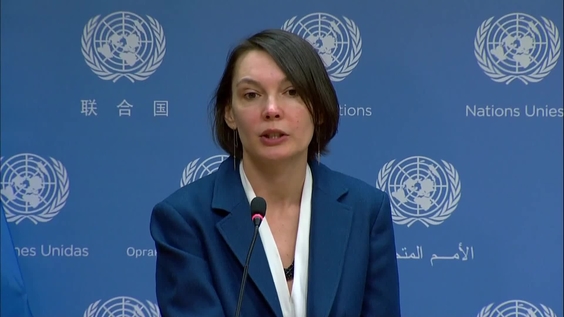 The General Assembly met today for the high-level thematic debate on tourism.

This is the first time that a thematic debate of the General Assembly has been convened on the subject of tourism.

One of the objectives of this event is to create new political momentum and commitment from the international community, the private sector and relevant stakeholders to support a rebound of the tourism sector on a global scale from a responsibly, aligned with the Sustainable Development Goals and fostering resilience.

In 2019, before the pandemic, tourism contributed $3.5 trillion to global GDP. The decline during the COVID pandemic is estimated to have cost up to 120 million jobs.

Apart from the economic benefits, tourism is a community and human experience, President Shahid said in his opening speech. There is now an opportunity, as it rebounds, to revive tourism.

According to the UN Environment Green Economy Report, in a business-as-usual scenario, by 2050 tourism is expected to generate a 154% increase in energy consumption, 131% in emissions greenhouse gas emissions, 152% in water consumption, and 251% in solid waste disposal.

President Shahid said now is the time to transform the sector. Especially for tourism-dependent countries across Africa, and in small island developing states, landlocked developing countries, least developed countries, as well as many middle-income countries.

There are also three multi-stakeholder roundtables: 1) For people: leaving no one behind through inclusive tourism; 2) For Planet: Accelerating climate-friendly transformation; 3) For Prosperity: Reinvigorate Investments in Sustainable Tourism.

In connection with the debate, President Shahid is meeting with a number of government officials in the tourism sector.

These include the Minister of Tourism and Creative Economy of Indonesia, Mr. Sandiaga Uno.

I have already mentioned the Vice-President of the Maldives, Mr. Faisal Naseem. He is leading a delegation from the Maldives which is here in New York for the coming week. This delegation includes the Minister of Tourism, Mr. Abdulla Mausoom.

The president’s door is always open. He is eager to inject new voices into UN discussions. In this capacity, he is also meeting today with Mr. Mohamed Ali Janah, President of the International Federation of Asian and Western Pacific Entrepreneurs Associations.

And the President will also have a bilateral meeting today with the Minister of Tourism of Jamaica, Mr. Edmund Bartlett.

Let’s move on to the topic of freedom of the press. Yesterday was the official day. Today is the celebration of UNHQ in New York.

The event is organized by UNESCO and the Department of Global Communications. It is called “Journalism Under Digital Siege”. The President participated virtually. He reiterated the message he delivered on the Day. That is to say, freedom of the press is paramount and journalists must be allowed to do their job safely.

Tomorrow will be the informal interactive dialogue with the candidate for the presidency of the 77th session of the General Assembly, Mr. Csaba Kőrösi of Hungary.

Prior to this session, President Shahid will meet Mr. Kőrösi today in a bilateral meeting.

Tomorrow’s dialogue will take place in the trusteeship beginning at 10:00 a.m. Eastern Time. It will be in person, with civil society submitting questions virtually and in person.

The dialogue is taking place in accordance with resolution 71/323.

No questions were posed to the spokesperson.