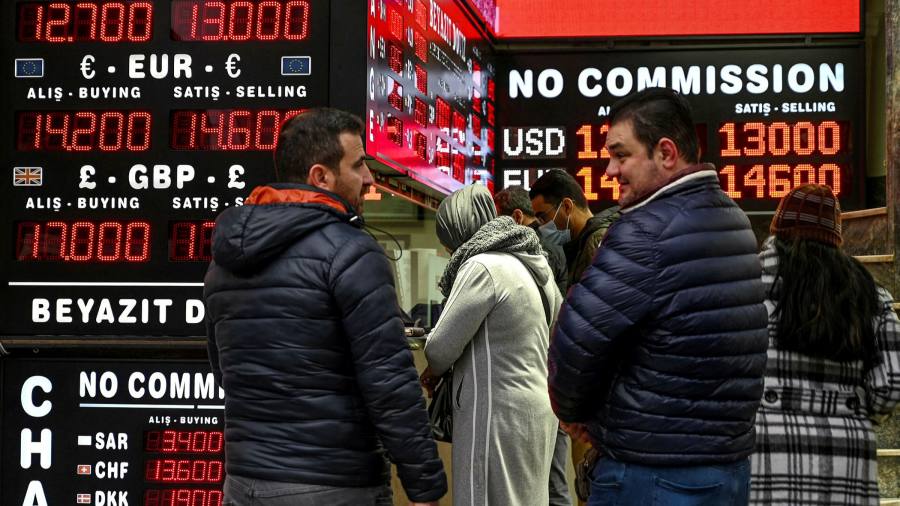 Turkey’s currency crisis is the work of Erdogan

Turkey is going through a very unusual currency crisis. The collapse in the value of the lira – down about a fifth in the past two weeks – was not caused by problems in the country’s economic fundamentals as in the past. The country, which has long suffered from a current account deficit, posted a surplus for the second consecutive month in September thanks to a strong surge in exports and a recovery in the number of foreign tourists. Instead, the currency problems almost entirely reflect one man’s increasingly erratic decision-making and influence over Turkey’s supposedly independent central bank: President Recep Tayyip Erdogan.

Erdogan accuses external forces of the decline in the value of the lira. But the latest problems started in March this year after central bank director Naci Agbal was sacked. The respected technocrat was the third governor to lose his job in two years. The appointment of Erdogan loyalist Sahap Kavcioglu caused the pound to drop 15% shortly thereafter, before it recovered somewhat. The cut then turned steep earlier this month after the central bank cut rates for the third time in as many months.

It is true that emerging market currencies have generally performed poorly against the dollar this year. Expectations that the US Federal Reserve will soon begin to scale back its asset purchase program, designed to support the economy and financial sector during the coronavirus pandemic, have led to an appreciation of the dollar. Free capital that sought a higher rate of interest in developing countries is now returning home. As the Pakistani central bank governor said in an interview with the Financial Times last week, poorer countries with high levels of foreign currency debt are at risk if sentiment changes.

In this context, Erdogan’s conspiratorial and authoritarian tendencies play even worse than usual. While he has long rallied to what he calls an “interest rate lobby”, he has also been a shrewd pragmatist, ultimately allowing the central bank to raise interest rates in previous episodes. currency volatility. This time around, he seems determined to follow through on his ideological commitment to low interest rates, declaring earlier last week that Turkey was engaged in an “economic war of independence”.

Opposition parties are optimistic that Erdogan is in his final years in power, and the elections slated for 2023 will end the downward spiral. Erdogan’s popularity is fading as the higher prices affect the standard of living. When he was first elected, his Islamist party promised an era of growth and ever-increasing incomes. For many years he kept his promises, in part thanks to an IMF program his government inherited and, later, a construction boom that has now faded. Indeed, memories of this era of debt-fueled growth may lie behind the President’s continued support for cheap money. It is only one tool among many at its disposal to try to stay in power.

The saga could have an even more unfortunate end. Inflation is already at an annual rate of 20 percent, which means real interest rates are hovering around minus 5 percent. If the President continues to pursue a program of lowering interest rates, the pound will continue to fall and prices will rise inexorably. Under these circumstances, the only way for the Turks to defend their economies will be to turn to a currency beyond Erdogan’s control. Unless he suddenly changes course, the only question Turkey, a country with high potential, faces is how long will the president stay – and how much damage he can do before that. to leave.