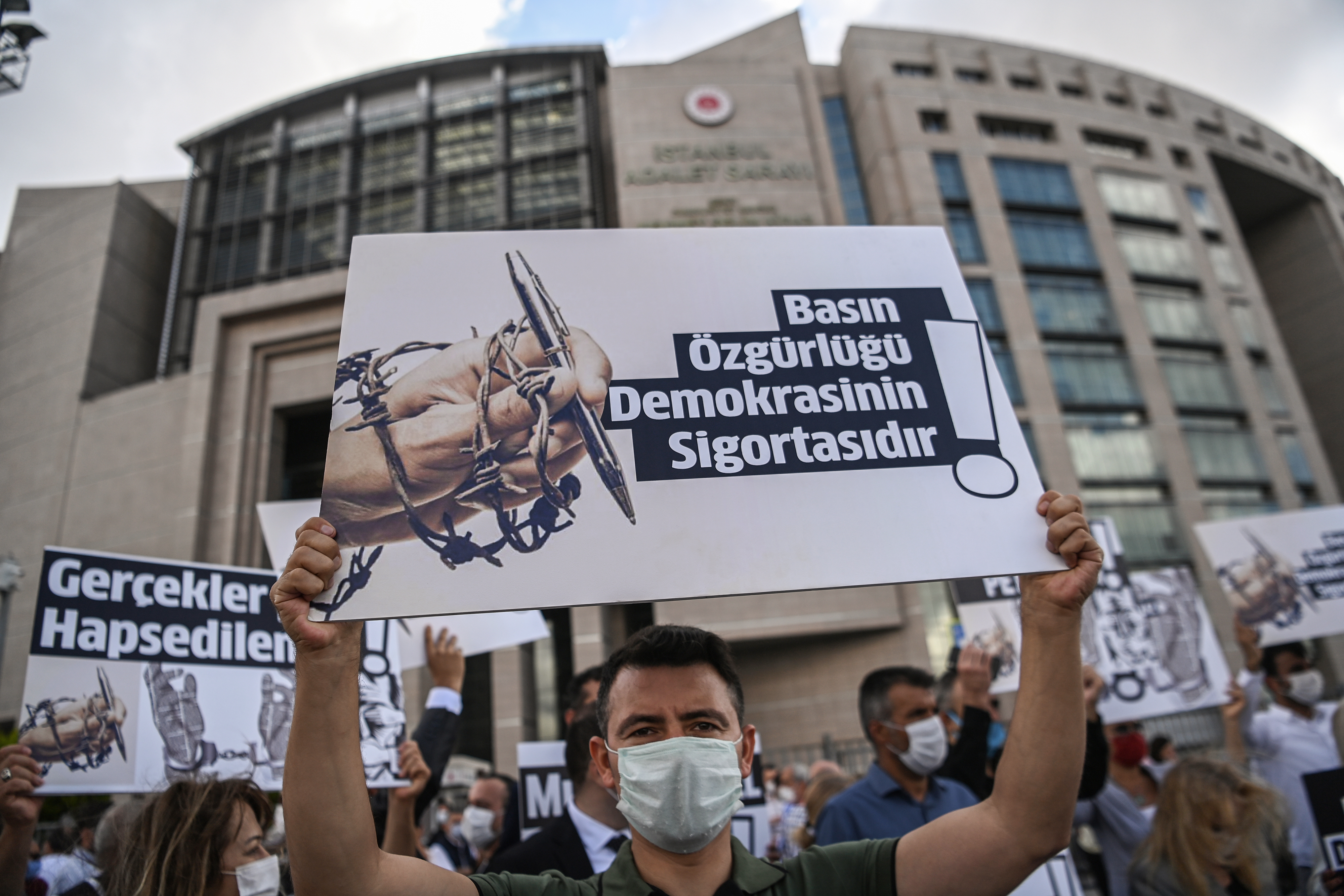 CPJ’s recent press freedom mission to Turkey got off to a disappointing start. International organizations led by the International Press Institute, including Reporters Without Borders, Human Rights Watch and Osservatorio Balcani Caucaso Transeuropa, a think tank focused on seven European countries, met in Ankara and Istanbul to discuss our concerns about possible Turkish social media updates to the law, proposed restrictions on foreign funding and the potential criminalization of “disinformation.” The government, however, decided to pretend he was not at home.

Members of the ruling Justice and Development Party (AKP) and the Nationalist Movement Party (MHP), which have a majority alliance in parliament, did not accept invitations from the mission to meet during our visit. from October 4 to 8. Neither can President Recep Tayyip Erdoğan’s office and the Ministry of Justice.

Nonetheless, our group was able to meet with a range of regulators, diplomats, editors and opposition politicians, including members of Turkey’s Parliamentary Human Rights Commission on October 6 in the capital Ankara. . One, Mahmut Tanal, the center-left Republican People’s Party (CHP) deputy, said the AKP’s decision not to participate sends a strong message to members of the media. “Even the AKP that does not show up at the meeting is a statement on the status of press freedom,” he said. Politicians noted that because they are in the minority on the committee, they do not have the power to put press freedom on its agenda. For example, the commission has no contact with jailed journalists – the country is the second-largest jailer of journalists in the world according to CPJ’s 2020 prison census – said CHP MP Sezgin Tanrıkulu.

Despite the absence of ruling party members, our mission discussed one of its main concerns at the CHP headquarters – a bill presented to parliament on October 1 by an MHP MP that would strengthen government oversight over the media and the foreign-funded mandate. that the representatives of the outlets register with the government in order to be able to operate in the country.

Failure to follow the law can result in prison sentences for journalists. According to opposition politicians and journalists we met, the bill does not yet pose a serious threat since it was proposed by an MP and not by a party, which means it is unlikely let parliament vote it. But they said the bill’s existence could be a trial ball – a way for majority politicians to test support for more restrictive press funding measures.

We also discussed the ruling party’s desire to criminalize what it sees as “disinformation” online, a move that would increase digital censorship. AKP politicians have publicly stated that Turkey should jail those who spread disinformation on social media, but have yet to propose legislation in this regard. Opposition politicians told us they didn’t know how the government planned to legally define disinformation, but they expected it to have negative implications for journalists and press freedom. Politicians are also watching for potential changes to last year’s social media law, which was used to force the removal of journalistic content from news sites, as CPJ has documented.

CPJ emailed the Turkish Presidency’s Communications Directorate and MHP President Devlet Bahçeli for comment on the draft legislation, but received no response.

In another meeting, İlhan Taşçı, the CHP representative at the Higher Council for Radio and Television (RTÜK), the official telecommunications watchdog, accused the watchdog of bias in favor of pro-government media, claiming that under the leadership of AKP chairman Ebubekir Şahin, RTÜK has been more inclined to fining critical media accused of breaking content laws than pro-government media. Taşçı said that although some of these fines have been overturned by the courts, the repetitive sanctions are aimed at discrediting critical outlets in the eyes of the public. Şahin was one of the AKP officials who declined our invitation to meet with us; he told Turkish media that he “does not discriminate” between pro-government and critical media.

Our delegation also met with directors of the Constitutional Court of Turkey, who informed us of the creation of a new department to ensure that local courts do not overrule decisions of the Constitutional Court, a persistent problem that affects citizens. journalists. In 2018, for example, the constitutional court ruled that local authorities should release jailed journalists Mehmet Altan and Şahin Alpay, but authorities refused to comply. Eventually, the two were released. The mission examined some of the cases pending in court, such as the appeal of jailed journalist Nedim Türfent.

To conclude our mission, we visited the socialist daily Evrensel. We discussed the current ban on public advertising in the newspaper and how the courts have set a grim precedent by ordering the publication to remove content on the grounds that it damages an individual’s reputation. . Despite all this, editor-in-chief Fatih Polat cheered us up by saying: “We are reporting bad things, but we will continue to do our job with a smile on our faces. Let no one think it is too late for Turkey. There is still room to breathe. Hope he is right.

UPDATE: The Turkish Ministry of Justice contacted the International Press Institute two weeks after the end of our mission to say that Justice Minister Abdulhamit Gül would be willing to meet with members of our delegation. No meeting date has yet been set.

Freedom of the press in democratic South Africa is a…