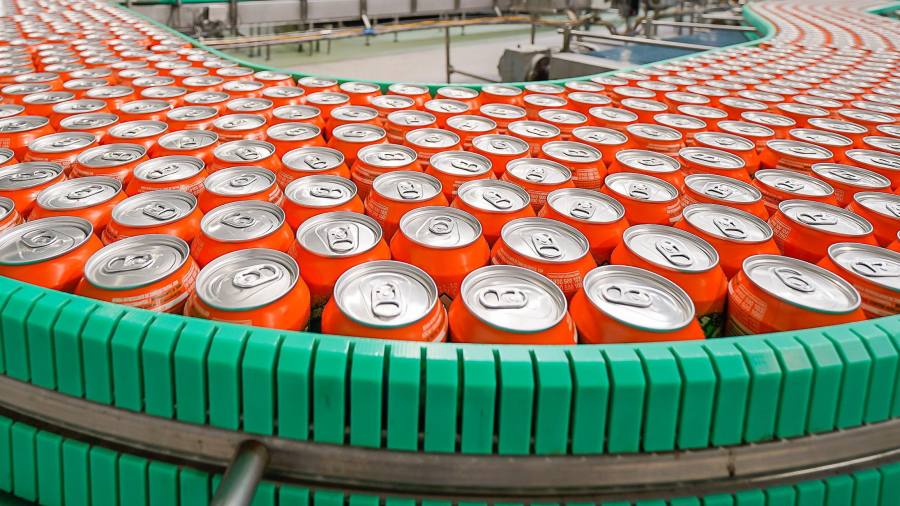 A loaf of branded white sliced ​​bread costs around £1.20 at Tesco. The retailer’s own-brand equivalent costs 70p, or 42% less. It’s no surprise that Tesco chief executive Ken Murphy recently flagged bread as one of the categories where customers are starting to turn to cheaper alternatives.

This trend is already being felt by companies that make own-brand products – and they expect it to accelerate. “We are seeing an increase in our private label volumes, particularly in bread where the price-quality ratio gap is very clear,” said the general manager of a bakery products group.

“The increase in the energy price cap is likely to focus minds even more,” he added, noting that soaring energy costs in the UK meant that this slowdown “was evolving to a much faster pace” than the previous ones and that “many households will have to batten down the hatches”.

During the pandemic and before inflation took off, people sought reassurance from branded products. But Mike Watkins, head of retail and business intelligence at consultancy NielsenIQ, said habits were changing again, with own-brand sales outpacing brand sales in recent months amid the UK’s biggest wage squeeze. United for two decades.

Last month Unilever, one of the world’s biggest producers of branded goods, warned that sales had been hurt by consumers choosing cheaper versions as prices for its products rose.

Its figures show own-label sales rose 7% in the 12 weeks to August 7, while a recent survey by consultancy Retail Economics suggested half of all shoppers planned to buy more own-brand products.

Much of private label growth over the past decade has been driven by the expansion of discounters Aldi and Lidl, which together hold an 18% market share, up from 8% in 2011. Both sell almost entirely own-brand products. under names such as Village Bakery for Baresa bread and pasta.

Some own-brand products are made by larger companies that also make branded products. Hovis and Kingsmill, for example, both make bread under their own brand. But the sector is dominated by relatively small and usually private companies. Some are major producers in particular categories, such as Veetee for rice and Lovering Foods for canned fish.

The move to own branding goes beyond mere commodity trading.

The growth of Tesco’s Finest, J Sainsbury’s Taste the Difference and other ready-meal offerings as a cheaper alternative to restaurants and takeaways has been a big factor in above-average branded food sales of distributor in the United Kingdom compared to Europe and the United States. .

“This is where own branding really comes into its own,” said Lydia Gerratt, consultant and former buyer at a major supermarket chain. “These products aren’t developed to be the cheapest, but to give your core customers something they want and can’t get elsewhere.”

However, the increased demand for own-brand products is unlikely to translate into higher profits for manufacturers, as they are already operating on thin margins and facing runaway inflation.

The baked goods maker said the rise in sales “doesn’t outweigh the rising prices of almost everything we touch.”

“Wheat is up, but the big problem is gas,” he added.

James Logan, UK commercial director at Refresco, which supplies water, juice and soft drinks to supermarkets across Europe, agreed that cost increases were widespread. “In the past, you may have had a spike in a particular commodity because of something like El Niño affecting the crops,” he said.

“This time there is no respite, costs are rising all over the supply chain.”

The question of how additional costs are shared has led to high-profile clashes between retailers and suppliers of branded goods, such as a recent dispute between Tesco and Heinz which temporarily pulled some products from shelves. Disagreements with own brand suppliers are less likely overall.

“A good own-brand supplier will have close contact with the retailer and keep them informed of any developments that might require a difficult conversation,” Logan said.

Clive Black, head of research at Shore Capital, said asking vendors to pick up the price was no longer an easy option. Previous pressure from retailers had led to consolidation, he added, meaning there were fewer alternatives, while switching suppliers is not as easy as before.

The bakery executive said he was having a ‘sense and constructive dialogue’ with customers while McBride, a listed supplier of own brand household cleaning products, recently said he had secured price increases “meaningful” to help offset higher chemical and energy costs.

Tesco and Sainsbury’s have indicated they will sacrifice some profits this year to absorb supplier price hikes.

Logan said media coverage of the cost-of-living crisis helped kick-start pricing talks. “No one can claim that he was unaware of what was going on.”