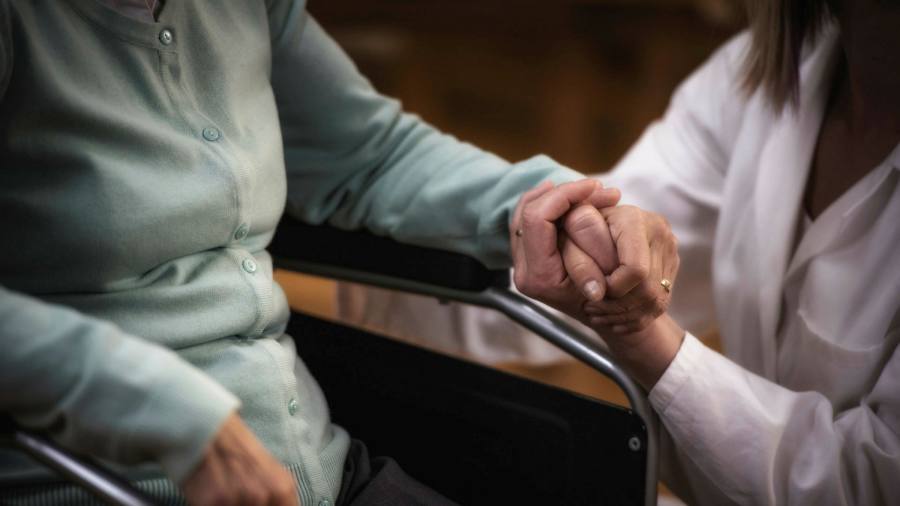 A £ 1 billion plan to improve the quality of social services in England over the next decade, published wednesday, pledged to strengthen staff skills and enable older and disabled people to remain independent for longer.

But he has been criticized by suppliers, experts and some Tory MPs for failing to tackle the industry’s devastating workforce crisis.

Much of the £ 5.4bn allocated to social care from a manifesto-shattering national insurance increase will go to fund a new £ 86,000 cap on the costs of care and d ‘a more generous resource test.

Describing how some of the remaining money will be spent, the document pledged an investment of £ 500million in the 1.5million adult social workers “so that they have the opportunity to advance their careers with training. and qualifications while providing an even better level of care. ”.

A further £ 300million will be invested in improving housing and expanding the range of assisted living options, while £ 150million will be spent on new technologies such as acoustic sensors that monitor movement .

But the lack of a detailed plan to recruit and retain more staff in an industry where around 10 percent of positions are vacant has caught the attention of politicians, industry figures and experts.

Unveiling the document in the House of Commons, Gillian Keegan, Minister of Care, said the sector had been beset by issues ranging from high turnover of the workforce to varying quality of care. Presenting the plan as part of the government’s drive to close the prosperity gap between regions, she added: “You can’t be serious about upgrading unless you are also serious about the issue. social care. ”

However, Sally Warren, director of policy at the King’s Fund and formerly a senior official working in social care, said the proposals did not address “some of the most pressing and immediate issues facing the sector right now, including high levels of unmet need. and a fragile supplier market ”.

Far from ‘fixing’ social services as the Prime Minister promised when he took office two years ago, ‘the government’s plans mean that social services will continue to face significant challenges in helping people. who depend on it to lead independent and fulfilling lives, ”she added.

Mike Padgham, chairman of the Independent Care Group, which represents nursing homes, noted that the Association of Directors of Adult Social Services reported this week that services were “Deteriorates rapidly” half of boards that have faced a nursing home closure or bankruptcy in the past six months.

Yet the white paper contained “no pledges of additional funding, other than what has already been announced, to help recruit and retain the thousands of additional employees we need to address a growing crisis in the industry. “, did he declare.

The white paper acknowledged the impact on the UK’s departure sector from the EU, saying it recognized that under the points-based immigration system, many adult welfare roles would not be eligible for a sponsored work visa. He added that following a review by the Migration Advisory Committee due to be released in the spring, the government would consider “whether additional measures are needed to mitigate any impact on recruitment in the sector.”

Jeremy Hunt, the former health secretary who chairs the Commons health committee, told MPs it was “difficult to see this white paper as being more than three steps forward two steps back.”

While welcoming the decision to introduce a cap on childcare costs, he said that funding for local authorities “barely gives them enough to cope with demographic change and national increases in the living wage. . . and it is very difficult to see an end to the workforce crisis which sees 40 percent of turnover in many companies ”.