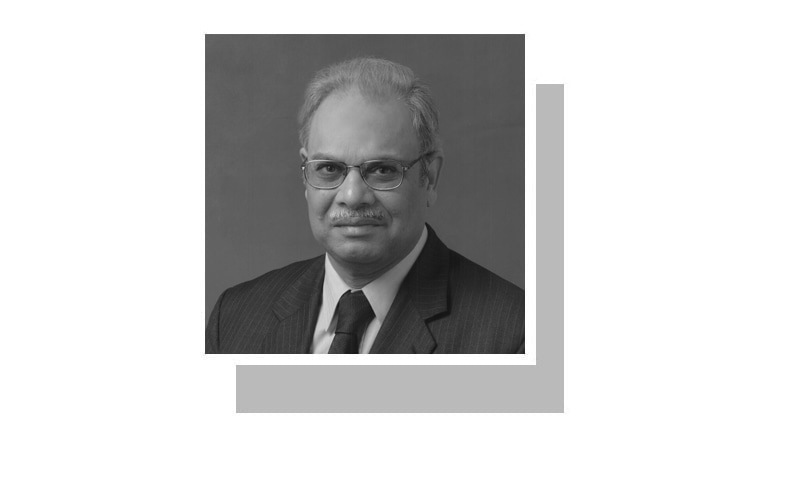 The Russian invasion of Ukraine is an inflection point in world affairs, similar to the American opening to China in the early 1970s and the collapse of the Soviet Union in 1991. The situation unfolds . There are many imponderables, including its impact on Russia itself. Its consistency is evident but the direction is unclear. Pakistan should be concerned about what development portends for the future.

Russia has ostensibly acted to secure its periphery. It did so as a great power that puts its perceived interests first rather than showing sensitivity to the principles of state relations enshrined in the UN Charter. The invasion of Ukraine was preceded by deep differences between Moscow and the West led by Washington with the barely concealed ambition to bring into the fold of its political and security system not only the former countries of the Pact of Warsaw, but also Ukraine and Georgia which had once been Soviet. territories. President Putin has repeatedly insisted that Ukraine not be part of NATO.

The quasi-ideological foundation of this ambition was the belief in the emergence of a unipolar world led by the United States which admitted no sphere of influence, security or economic, of a rival power. For nearly three decades, the United States has enjoyed unprecedented economic and military preponderance in the world. This propelled NATO expansion to Russia’s doorstep, taking advantage of the desire of Eastern Europeans themselves albeit in violation of the reported verbal assurance given to Moscow at the time of reunification. Germany. The United States challenged Russia in the Middle East and organized the Quad by enlisting Japan and India as partners in a larger Indo-Pacific strategy. China’s economic rise and signs of a resurgent Russia are seen as a threat. Nevertheless, unipolarism was inherently destabilizing in a world moving towards multipolarity. On the other hand, the Russian invasion shows a total disregard for the principles of the United Nations Charter and international law. Russia has faced no imminent threat to justify its action which deals a crushing blow to principles-based aspirations for world peace, diplomacy and state-to-state discourse. President Putin should have exercised a number of other less blatant options apart from armed aggression against Ukraine.

How has Pakistan got through this first phase of the crisis and what challenges await us?

The United States and Europe responded with the toughest economic sanctions, including the scuttling of the mega Nord Stream gas pipeline from Russia to Germany, and measures to strengthen the security of NATO’s eastern flank and support for Ukraine. Even if the security dimension remains confined to Central Europe and Ukraine, the global economic map will change with new walls blocking the free flow of dollar-based finance and trade. This portends a new world order in which, so far, the United States seems to have a strong position. Europe has moved closer to the United States than ever before.

Beyond the European theater which will now demand greater US attention, the US capacity for proactive security initiatives elsewhere, notably in Asia-Pacific, will diminish. This will increase the comfort space for China.

There are some diplomatic initiatives to stop the conflict although their prospects remain clouded or unclear. Israel attempts mediation. Turkey offered a venue for talks between the Russian and Ukrainian foreign ministers who reportedly discussed the resulting humanitarian crisis. In essence, Russia demands nothing less than full surrender, while the Ukrainians who are putting up remarkable resistance demand a ceasefire and Russian withdrawal. There is a faint hope that Moscow can be content with Ukrainian neutrality and firm assurances that NATO will not expand further. Perhaps China, given the congruence of its interests with Russia, particularly in Central Asia, as well as some EU countries can play a role. For any solution, however, Moscow will have to give up its desire to absorb all or part of Ukraine and replace the elected Ukrainian government and Washington will have to suppress its impulse to retain unipolar primacy.

How has Pakistan got through this first phase of the crisis and what challenges await us? Are there any opportunities?

Pakistan’s decision to maintain the Prime Minister’s visit was a good one, considering that for years Pakistan had been trying to inject confidence and ease into our relationship with Moscow. Likewise, our decision to abstain was a logical choice following the Chinese and Indian votes in the Security Council. Pakistan was quite pragmatic in its decisions when a situation involved major powers. In January 1980, as the lead nation in negotiating a resolution in the Security Council on the Soviet military intervention in Afghanistan, we successfully resisted the designation of the Soviet Union and called for the withdrawal of “foreign troops “. Our official criticism of the US invasion of Iraq in 2003 or US interventions in Syria and Libya was circumspect.

Principles are important, but nations weigh their fundamental interests when making decisions in tense and critical situations. The approach of the ambassadors to the EU was understandable, but they went too far by making their communication with the Ministry of Foreign Affairs public. There was no similar action in New Delhi. How could they entertain greater expectations of Islamabad given their opposition to Pakistan’s interests in the FATF or the Nuclear Suppliers Group or their virtual indifference to the plight of Kashmiris and Indian Muslims discriminated against by the Hindutva? Regardless of this indiscretion, which deserved only a response from the Ministry of Foreign Affairs, we must maintain a clear emphasis in our statements in favor of Ukraine’s sovereignty and territorial integrity and the prevention of violence against civilians, while calling for diplomacy and a peaceful resolution. But dragging this policy onto public platforms for national political advantage is discouraged.

Are there opportunities for Pakistan? Arguably, Pakistan’s geopolitical relevance to Russia and China will be enhanced, especially for possible trade and communication corridors. Afghanistan remains an obstacle. Moreover, unlike countries endowed with oil by Providence, we will need capabilities to take advantage of our location to build our national strength. Simple aspiration is not enough. So far, our domestic policy has shown an inexcusable apathy towards this imperative, as evidenced by the sad state of our economy and our education. Finally, Pakistan is safe today because nuclear deterrence is an integral part of its security: a lesson reinforced by the Ukrainian crisis.

The writer is a former foreign minister and an author.