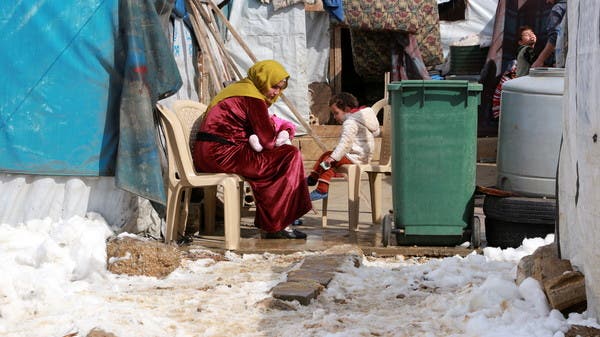 The United Nations has announced a $3.2 billion plan for Lebanon to deal with the lingering effects of the long-running economic crisis and war in neighboring Syria, the international body said in a statement on Monday.

The announcement was made by the country’s Prime Minister Najib Mikati, Minister of Social Affairs Hector Hajjar and United Nations Resident and Humanitarian Coordinator Najat Rochdi in Beirut, Lebanon.

For the latest headlines, follow our Google News channel online or through the app.

The 2022 Lebanon Crisis Response Plan (LCRP) aims to provide essential assistance to more than three million people and support services, infrastructure and the broader local economy as the crisis continues to cripple the country’s economy, depriving people of their basic needs.

The plan is a multi-stakeholder response co-led by the Lebanese government and the UN, and will include input from several other entities, including local and international NGOs.

The approach will address the needs of displaced Syrians, Palestinian refugees from Syria and Lebanese host communities through humanitarian and stabilization interventions, focusing primarily on maintaining service delivery through public institutions at local level.

Assistance will be provided to 1.5 million Lebanese, 1.5 million displaced Syrians and more than 209,000 Palestinian refugees.

“Lebanon has been hosting displaced Syrians for more than 11 years. As resources are further stretched by the economic crisis, increased support for displaced people and Lebanese host communities remains a top priority for the Lebanese Government and its partners. It remains essential for an equitable distribution of aid without any discrimination to those affected by the crisis, including Lebanese villages and towns hosting the displaced, in order to ease the burden placed on them,” said Hajjar.

The economic crisis has deepened in Lebanon as more and more people are pushed into poverty due to currency depreciation, high inflation, loss of income and rising costs.

A Syrian refugee puts a face mask on a boy as a precaution against the spread of the coronavirus, in the al-Wazzani region of southern Lebanon. (File photo: Reuters)

“With the continuing impact of the Syrian crisis and the current economic crisis in Lebanon pushing everyone to the brink, the joint efforts of partners to support refugees and the host community through the the crisis in Lebanon remain essential,” said Rochdi.

“Nine out of ten Syrians in Lebanon live in poverty, while poverty levels have also increased significantly for Lebanese, migrants and Palestinians. These circumstances lead to negative coping mechanisms, as families are forced to send their children to work instead of school, skip meals or go into debt,” added the coordinator of the UN, emphasizing that municipalities must be supported to maintain basic service despite huge capacity gaps. .

Over the next two months, the Lebanese government has pledged to increase the number of Lebanese families receiving regular cash assistance under the government-led national poverty targeting program, which donors are funding in under the LCRP, providing assistance to up to 75,000 families. .

According to the UN, the $9 billion provided through the LCRP plan in 2015 showed “tangible results” for Lebanon’s displaced population.

More than $375 million has been injected into the Lebanese economy through cash interventions supporting vulnerable Syrian, Lebanese and Palestinian families. In response to growing food needs, a total of 2.1 million people within these populations received cash and in-kind food assistance, an increase of 45% from 2020, the statement added. UN.

More than 90% of refugees living in camps have little or no access to electricity: ESF